Another purported influence on H.P. Lovecraft, Francis Stevens was a stenographer in Minneapolis who wrote a number of weird adventure tales for the American pulps between 1917 and 1923 (after which, she seems to have simply disappeared, her whereabouts and activities generally unknown until her death in California in 1948).  People who know more about this stuff than I do claim her as the inventor of "dark fantasy," the genre that Lovecraft would come to dominate in the 1920s.  I don't know about that, inasmuch as William Hope Hodgson's fiction from the turn of the century strikes me as infinitely more creepy than this particular tale. 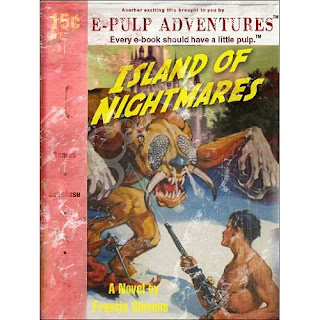 Like Hodgson's The Boats of the Glen Carrig (1907), The Nightmare is basically a weird island of terror story (as an Amazon e-pulp, it is in fact titled "Island of Nightmares").  A millionaire is aboard the Lusitania (yes, that Lusitania) looking forward to his European vacation.  After turning in for the night, he suddenly wakes up to find himself in the drink struggling to keep his head afloat.  He swims to land assuming it must be the Irish coast.  But no!  Instead he winds up caught in the struggle between two Russian princes on Joker Island, a rock somewhere in the Pacific that despite its name is no joke--deadly plants, giant spiders, huge furry bats, etc.  Most feared of all, however, are the "death cabbages."  Yes, the death cabbages.

Imagine you've been killed while on a distant adventure.  "What happened?" ask friends and family of your bereaved family.  "He was eaten by a death cabbage."  "Come again?"  "Yes, a death cabbage."  Stevens describes this foe as a giant florescent cabbage that behaves rather like a Venus fly trap, except much bigger and with the requisite tentacles for reaching out and grabbing ankles, ship masts, bi-planes, and so on.  I was curious if the "death cabbage" had been rendered by any pulp artists of the era but could find no such drawings.  I did discover, however, that there is now an extremely strong variety of pot called "Hindi Death Cabbage," which is also known to some as "Purple Monkey Balls." 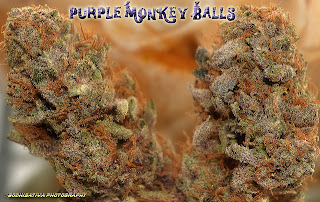 Here is my favorite moment in the book, only because it is so genuinely creepy.  As the band of adventurers walk across the island, they accidentally disturb the web of a giant spider residing at the edge of a cliff.  There is the familiar holy shit, it's a giant spider encounter, but everyone gets away unwebbed and undigested.  Later, the same adventurers have to escape under cover of night along the same path in the opposite direction.  They arrive safely at their destination, and Stevens writes:

Jones realized with pleasure that they had passed the great spider's trap without even being aware of it.  He had subconsciously dreaded more than anything else going past the dark incline, at the foot of which waited the thing of long, black, shining legs and protuberant eyes.

This is an inspired narrative solution.  We've already seen and battled the big spider, so there's no sense doing that all over again.  Stevens might also have had Jones reflect, during the journey itself, that the spider was out there somewhere...lurking.  But somehow it's even more unnerving to think about the party passing the spider in the dark and not even knowing it.

The island has some variety of Unobtainium on it (in this case a powder that will turn lead to gold), and the princes are fighting over it to fund their diametrically opposed plans for Russia's future.  Also like The Boats of the Glen Carrig, a woman makes an appearance as an alleged romantic object, but "Jones" is far more committed to his intense, manly, honorable friendship with the "nihilist" prince Sergius.  While flying in the prince's airplane, a giant bat picks off Jones and drops him out in the ocean again, where he is soon rescued and taken to San Francisco.  But not before he forces the crew to return to Joker Island and find his friends --- but they have all vanished!  Everyone thinks Jones is crazy.

Is Jones crazy?  How did he get from the Lusitania to the Pacific, seemingly overnight?  Here we have some stupendous pulp chicanery, so stupid in fact that I'm not going to waste time recounting it.  But be assured, Jones and his handsome Prince do end up together in the end.
Email Post
Labels: 1910s creepy and/or uncanny horror pulp queerish