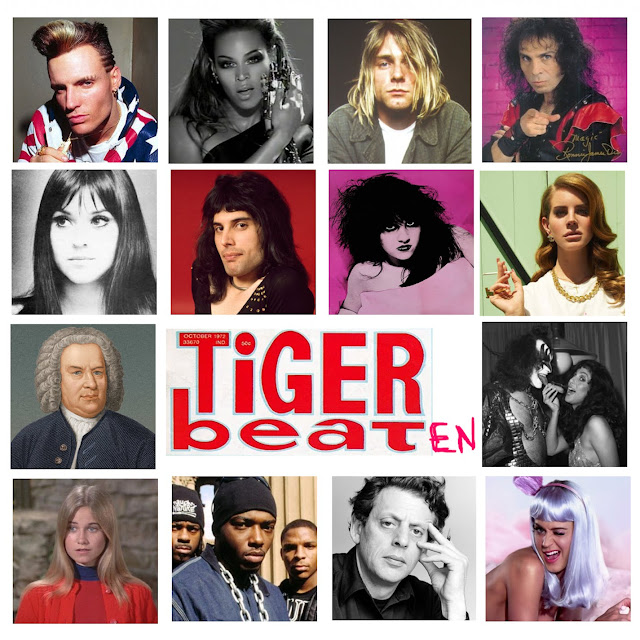 In an alarming but still relatively unknown study from 2014, musicologist Gifford E. Keeler predicted that "pop" music will soon be at an end.  Based on an algorithmic examination of all recorded popular musics of the 20th and 21st centuries, Keeler's computer modeling suggests that by 2035 western musicians will have exploited every possible melody, chord sequence, and lyrical conceit imaginable.  "Put simply," writes Keeler, "songwriters and instrumentalists will have nothing left to say and no novel musical phrases with which to say them."  While musicologists have predicted this dead-end for some fifty years, Keeler notes that the concurrent rise of bundled studio software and a new "fame" economy have greatly accelerated pop music's demise.  There were simply too many people attempting to write "original" music too quickly, and now the well has gone dry.

TIGERBEATen addresses the looming crisis in western popular music by adopting one of Keeler's primary recommendations for transitioning more easily into the post-pop era.  Now more than ever, it is important that the world's extant archive of popular recordings be repurposed in the hope that the pop era, or at least its vestiges, might be slightly extended. This task is especially important to those generational cohorts who still have an investment in the basic structures of song-craft that proliferated in the latter half of the 20th century.

Toward that end, TIGERBEATen collects 28 tracks that repurpose, collide, and reconsider excerpts from the popular archive, focusing especially on vernacular musics of the 1970s, 80s, and 90s.  To listen, double-click on the tiled mosaics below (A and B) to download a zip file of TIGERBEATen in all its mp3 glory.  And God help us all during this difficult period of adjustment. 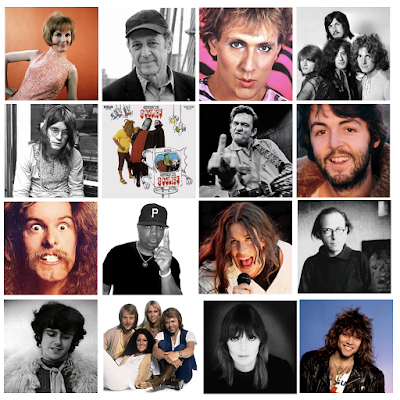 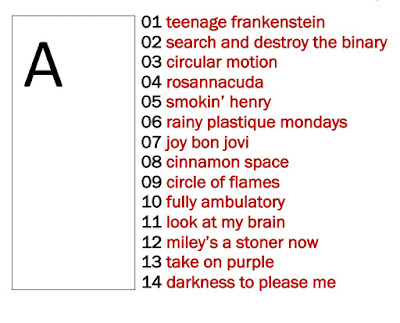 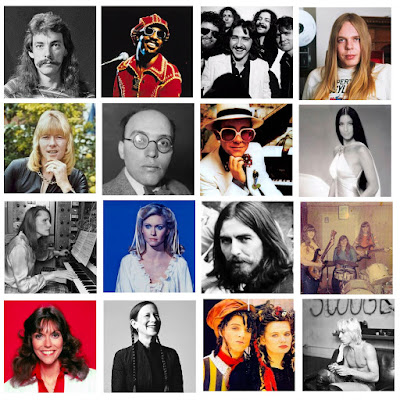 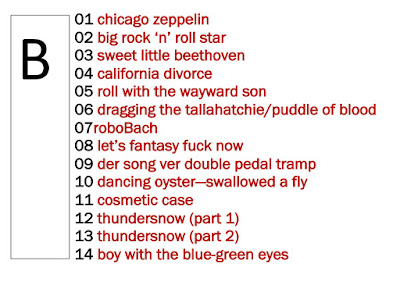 Recorded in a basement in Chicago.