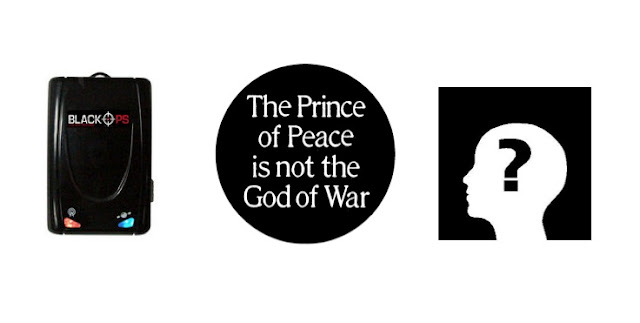 One of the most popular ways to express a certain playful resistance to the solemnity of the holidays, beloved by teenage boys and satanists alike, is to sneak over to the local church and steal Baby Jesus from the nativity scene.  It's somewhat like those college football pranksters who break into a campus building to steal their foe's badger, pony, or warthog the night before the big game, only here the prize is Christianity's most cherished mascot abducted in anticipation of the faith's Superbowl of religious holidays.  In both cases, it's hard to imagine why anyone gets all that upset.  Aggie the Fightin' Collie is usually returned, unscathed, the next day.  And how much could a plastic Jesus cost? (and if your church is spending thousands on a fully animatronic Jesus to occupy the manger three weeks a year, perhaps it's time to re-evaluate its spending priorities).

Still, some get very mad when this Halloween style prank intrudes into the Christmas season, perhaps because the offenders provoke an implicit religious crisis by typically escaping without being reduced to nothing more than a pair of smoking sneakers in the wake of a timely lightning strike. Jesus theft has apparently become such a problem that a number of companies are now donating free GPS protection for nativity scenes.  One such outfit, Brick House Security, recently sent out an email titled "Nobody F's with Jesus" (no, really, they did).  Another, SpyGadgets, offers nervous parishioners the use of its patented "BlackOps" GPS technology--honoring a plastic facsimile of the Lord by placing Him under the watchful eye of a technology named after those who sneak behind enemy lines and slit the throats of godless adversaries ("Nobody F's with Jesus" indeed!).  The entire set-up evokes images of priests and pastors retreating to a bunker under the altar where they can slam the lo-jack on those who would light-finger the Lord.

“I couldn’t help but feel like these types of pranks were cruel and costly, especially at that time of year” sayeth the President of Brick House Security.  “Not only do they damage the spirit of the holiday, but they also leave communities feeling vulnerable and mistrustful, right when we’re in the midst of a season that’s all about spreading goodwill.”  The head of SpyGadgets is even more outraged: "Why anyone would want to steal a public display of something people hold very sacred is a question I've tried to answer repeatedly. Instead of sitting idly by, we decided to send a clear message by offering GPS Trackers to those who wouldn't normally be able to afford them....With Geo Fence technology, users are able to sleep well at night knowing that should their asset get stolen, the window between the theft and recovery is drastically reduced."

Both companies have attracted a lot of free publicity for their acts of Christian charity, effortlessly integrating both the commercial and religious spirit of the holiday (offer free GPS to the Lord as a "loss leader" tithe so that one can later soak those worried about preserving their vast empires of material possessions--like those idiots who every year at this time drive a red German luxury car--festooned with ribbon and bow--into a pristinely moderne white living room to surprise their spouses).

Still, one has to marvel at the odd paradox of this gesture.  GPS Jesus serves primarily as a panoptic deterrent (each system apparently comes with a sign warning would-be thieves that this particular Jesus is wearing a wire--steal Him and we will find you).  As in Bentham's famous prison, we are meant to police ourselves into not yielding to the temptation of stealing Baby Jesus (indeed, all one really needs is the GPS warning sign, not the actual chip itself).

Or, perhaps, all one needs is a conscience.

Call me crazy, but this GPS campaign--uniformly celebrated across the press--strikes me as a landmark moment in the intertwining histories of Christianity and technocratic administration.  It seems at one point in the not too distant past we imbued both God and Santa Claus with the power of omniscient, panoptic vision, the power to "see you" when both "naughty" (masturbating, presumably) and "nice" (baking cookies for orphans, perhaps, or donating GPS systems to the local parish).   The introduction of GPS Jesus suggests that this investment in moral omniscience, a supernatural superego on high, may at last be dead.  Most of us eventually figure out that Santa Claus does not actually exist (whoops...spoiler alert).  Even so, those who practice Christian faith are required, by faith I think, to believe that God sees all, knows all, and will eventually judge all.  In such a scenario, shouldn't people be allowed either to find redemption or fall from faith by confronting their own culpability in the act of stealing or not stealing plastic Jesus, a moral choice unencumbered by the threat of technological surveillance? (In a related question, is it only a "sin" if one actually steals plastic Jesus, or is the very act of contemplating the deed--even if unrealized--a sin in and of itself?)

What do we lose by replacing the "Eye of God" with a satellite "eye in the sky?"  Perhaps a teenager allowed to steal Baby Jesus without the threat of mortal GPS-justice would feel intense remorse, leading to a more profound conversion experience and a stronger sense of faith.   Then again, someone might steal Baby Jesus to desecrate on a Satanic altar; in which case, how better to segregate those we would prefer to not have near us in the better neighborhoods of the afterlife? 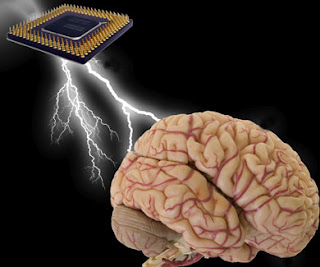 A more confident Christianity would simply post a sign: "Steal Our Savior and Burn in Hell."  A Christianity rattled by its two hundred year encounter with scientific rationalism and secular humanism instead entrusts a satellite to make sure no one "f's" with Jesus (shouldn't Jesus, or perhaps His Father, make sure no one "f's" with Jesus?).  Which leads to my favorite headline in this generous festival of P.R. for the GPS industry: "Company Deploys a New Kind of Star to Help Lead Police."

It's easy to be cynical about GPS Jesus, but personally, I look forward to the day when every single object and creature on God's green earth comes with a pre-installed tracking chip, thereby ushering in a utopian age of absolute visibility where "evil" can no longer exist because, quite literally, it has no place to hide.  To paraphrase Kent Brockman-- I, for one, welcome our new BlackOps OverLORDS.