Some Great "Gags" for Your Next Summer Comedy Movie


I'm not really a "make stuff up" writer, so I don't have any screenplays going at the moment.  But I did recently think of some great "gags" that would be perfect for someone out there who might be writing a “zany” comedy.  Since I probably won't find a place for them in my own work, I thought I'd put them out there for someone else to use.  I think they’d all be really good for anyone looking to put a couple extra “sure-fire” yucks into his or her movie. 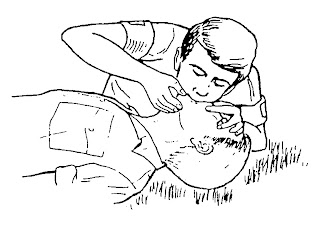 Okay, so for this first gag, you'll need to have your main character go swimming.  And it needs to be at the beach, or a pool, or a gym, because this gag will be a lot funnier if there are a lot of people standing around to see it happen. In other words, it can’t just be a creek or someplace out in the middle of nowhere.  Okay, so your guy is just about to jump into the water when he notices a really sexy lifeguard on duty.  Maybe she’s up in her chair twirling her whistle around, or even better, just walking back and forth in a hot bikini keeping an eye on things like lifeguards do, all cool and remote.  So now you’ll need to have a shot of your character suddenly getting a great idea—a sort of “light bulb over the head” moment (although if your movie is more plot driven, maybe he already had the idea before he got to the pool or the beach--that's up to you).  Okay, so now the guy jumps into the water for a quick swim.  But almost immediately he starts thrashing around in the water.  But he's not really in trouble, you see, he's just pretending like he can't swim, or maybe even that he's actually drowning.   His goal here is to make the sexy lifeguard jump in and "save" him.  What better way, he's thinking, to get a chance to meet this girl up close and personal?   So sure enough, with our guy flailing in the water, the hot lifeguard jumps in and pulls him up to the shore or the poolside.   But that’s not really the funny part because our hero has another trick up his sleeve. Even though he's perfectly okay and not drowned at all, he's going to lie still as if he really were drowned.  Maybe he even spits up a little water to make it all look more realistic.  Anyway, his goal here is not only to meet the hot lifeguard babe, but also to "trick" her into doing mouth-to-mouth resuscitation on him.  He figures, not only will I get to meet this great looking chick, but it will also almost be like making out with her even before going out on a date.  What guy wouldn't take that deal?!  So anyway, our guy is lying there with his eyes closed just waiting for the big payoff.  Maybe he even puckers up a bit for comic effect.  Now here comes the funny part.  Okay, so just as his dream is about to come true--whammo!  someone who is the exact opposite of "hot" swoops in and does the mouth-to-mouth resuscitation on him instead.  Maybe the lifeguards are changing shifts, or maybe the new lifeguard is better at CPR.  In any case, a real “Olive Oil” or “Helga” type jumps in and locks lips with our hero--or maybe even a dude, or maybe even a gay dude!  It's funny because it's such a last-second turnaround and a great comeuppance.  Mr. Cool thought he had it all figured out, but then he gets this really unwelcome surprise, one that might even teach him a good lesson.  The audience will go nuts. 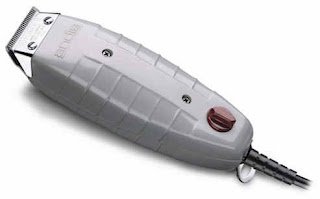 Maybe you can’t justify taking the time in your movie to have your character go swimming.  Fair enough, not all stories can take place near pools and beaches.  Well, how about a haircut?  Again, I don't know because I don't write movie stories, but it seems like everyone needs a haircut every so often.  So here's a great gag I thought up for the barbershop just in case your movie doesn't take place near any water.  Okay, so this gag starts with your guy going to the barbershop for a quick trim.  The important thing here is to make sure the audience understands that this is no ordinary haircut.  It's a really important haircut.   Maybe he's got a hot date or an important business meeting coming up.  At any rate, he can't just be on his way out into the woods or going to prison the next day or something, for reasons that you'll see below.  Maybe he says to the barber, "Got a hot date tomorrow, Joe, so make me look good!," or something to that effect.  Okay, so our guy is sitting in the barber chair reading a magazine and not really paying attention.  The barber, meanwhile, is finishing up this extra special cut with one of those big electric buzzcut razors.  So here's where things get wacky. Just as the barber is finishing up the trim, a really hot looking chick jogs by on the sidewalk out front.  Maybe she even stops and bends over to tie her shoe so that the barber gets a really good look at her shapely buttocks.  And here's the gag: the barber is so distracted by the hot babe out front that he completely forgets what he's doing and cuts a huge chunk out of our guy's hair!   Maybe it’s a big, unsightly bald spot, or perhaps a straight-down-the-middle reverse-Mohawk that makes him look really weird and  “crazy.” Either way, the timing couldn’t be worse because of his important appointment coming up, and that makes our hero’s predicament all that much funnier.  Now he’ll have to wear a funny hat on his first date or go into the boardroom with a crazy toupee.  Either way, it will be hilarious. 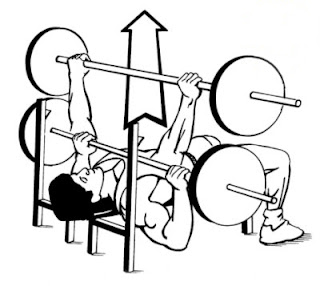 If neither of those fit into your project, I have one more that might just do the trick. This one would be especially good in a "buddy" movie, or really any film that has a bunch of young single guys in it.  Okay, so this time our main dude is at the gym and he's brought his buddy along as a spotter for some bench presses.  To set this one up real good, you'll need to have some conversation on the way in about how important it is to have a spotter during this workout, because our guy is going to try and benchpress more weight than he ever has before. Maybe he's going for a personal best among the circle of young single dudes, and he needs his friend there both as a spotter and as a witness to his accomplishment.  In any case, it's really important that he have a spotter.  Okay, so our guy gets on the bench and gets ready.  Once the weights are on the barbell, he takes a couple of deep breaths, and then wham--he's lifting the weights.  So here's the funny part.  Just as our hero gets the weight free and clear over his chest, his spotter-buddy sees this really hot chick on the other side of the gym!  "Be right back, buddy," he tells our hero.  And our guy can't do anything about it because he's struggling to keep the really heavy weight up over his body.  But he can't hold out forever!  Now we cut between the spotter-buddy making small talk with the babe on the other side of the gym and our hero slowly losing his strength under the barbell. Our guy is huffing and puffing, but his spotter-buddy is so into this chick that he's not paying the least bit attention.  And then, when he just can't take it anymore, our guy lets the barbells come crashing down on his throat.  We hear the sickening sound of his trachea cracking.  His eyes bulge out and a trickle of blood comes out of his mouth.  He's dead!  Thirty minutes into your film and your wisecracking Vince Vaughan or Jack Black or Seth Rogen or whoever you have playing your jaunty man-child bachelor type is dead, dead, dead.  No one saw that coming, making this the "Psycho" of comedies.  Congratulations, I just put you in the running for a Palme d'Or.
Email Post
Labels: Intentional Comedy Valuable Advice to the Culture Industries