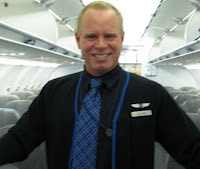 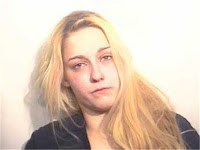 What a great week for rage-o-philes.  First, Jet Blue flight attendant Steven Slater makes headlines by telling off a rude passenger over the P.A. system, grabbing two beers from the galley, and then deploying the plane’s emergency slide for a quick getaway.  Slater instantly becomes a “folk hero,” we are told, for doing what so many of us dream of doing—quitting a stressful, thankless job on the spot and then going out in a blaze of glory.  Plugging the “funny” news-hole at the end of the hour, meanwhile, was Melodi Dushane, a 24-year-old Toledo woman captured on videotape smashing a McDonald’s drive-thru window because she couldn’t get her Chicken McNuggets.  Rather predicatably,  Slater’s tirade provoked endless references to the old country standard “Take This Job and Shove It.” Dushane’s violent outburst, on the other hand, inspired various comedians--professional and otherwise-- to make jokes about just how much she must really, really love her McNuggets.
Such moments of public "rage" are inherently fascinating because they speak to certain tensions and even an impending breakdown of the social order.  Most of us have a vested interest in making sure society "works" at some level, but at the same time there's always a fascination for these moments of acute dysfunction.  In this case, it’s interesting and perhaps even meaningful that these two “outbursts” should happen on both ends of the commercial equation—one by a worker at work, the other by a consumer attempting to consume.  Slater is a “folk hero,” I guess, because it’s just assumed most everyone hates their job—work is work and work is no fun, a distillation of Marxist alienation that even non-Marxists can appreciate. Dushane, on the other hand, is a comic freak and potential nut-job because she threw her fit on the consumer side of the equation, and over something as trivial as McNuggets (what would press reaction be like if Dushane were an information worker throwing a huge hissy fit at the Apple store because her iPad didn’t come in?)
If you somehow missed Dushane's tirade, it can be seen here:
http://www.youtube.com/watch?v=3Wx8FsDl5Ak
Personally, I find Dushane’s outburst the more inspiring, and would much prefer to see her achieve “folk hero” status over Slater.  If nothing else, Slater’s exit from the Jet Blue payroll seemed a little too rehearsed (while I'm not prepared to call "Balloon Boy" on him quite yet, his friends do describe him as a bit “theatrical” and Slater himself has admitted he contemplated such an exit for some 20 years).  Dushane’s fit, on the other hand, has the look of actual, uncontrollable rage, an authenticity that compels us to go beyond mere comic dismissal to consider what possibly could have made her so desperately furious in that particular moment.  Somehow I bet McNuggets were the least of her problems.

How much of this disparity in rage recognition has to do with the fact that when we work, we almost invariably have some sense of being “disempowered:” in other words, we recognize that we work under the supervision of authorities (“bosses” and institutions) invested with the power to control our time and bodies.  Thus, when someone “acts out” like Slater, there is the familiar crowd-pleasing narrative of standing up to a power that we acknowledge seeks to control us.
As consumers, however, we are taught to believe the exact opposite—that we are free, autonomous, and empowered to make our own decisions about what commodities will make us happy (be they McNuggets or iPads).  Seeing Dushane so obviously enraged at the point of consumption is thus much more disturbing as it contradicts this ideology of happy, free choice.  Slater’s outburst is "heroic" because he confronts recognizable oppression (even if this is only a rude passenger and an anonymous corporate structure).  But Dushane’s outburst is comically infantile because, after all, she’s “free” to move on to Wendy’s, or Burger King, or some other fast-food emporium.  There's a thousand crappy places to eat in this country.  What’s her problem? 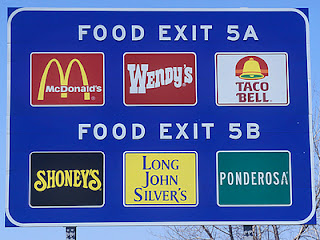 In this respect, I think it’s a mistake to say Dushane was upset because she couldn’t get her “beloved” McNuggets (I mean, really, who could be that upset over McNuggets?)  I’d like to think her rage is more the product of having to live in a world of McNuggets, an explosive protest against the social conditions that make McNugget consumption possible and necessary.  If we must live in a world where constraints of time and budget, brought about by a person’s labor/economic status, compel millions to consume pulverized chicken by-products dipped in 4 varieties of sugar sauce…if we must transform the most basic human act of eating into a weirdly distorted symphony of animal torture, creepy mascots, and deep-fryers…if we must live in a world where millions are told “I’m lovin’ it” as they try to scrape together enough nickels from under the floor mat to exchange for a grease-glob on the dollar menu…if we must persist in denying that our lives as consumers are often just as humiliating as our lives as workers, and that we can be just as "oppressed" by consumer "choice"…if all of this is to be the way of the world, then hell yes, those goddamn McNuggets had better be ready!  It's bad enough I have to eat cheap mass-processed calorie units in my car on the way to my shitty job, now you're telling me I can't even have the cheap mass-processed calorie units I find least objectionable?
Laughing at Dushane because she so “over-reacts” at her seemingly banal moment of consumer choice overlooks, I think, the obvious structural stressors that brought her to that drive-thru in the first place. That outburst clearly goes way beyond disappointment at being denied a menu selection, and speaks to some darker sociological truth, one that's much easier to dismiss as comic.  And in the end, how “heroic” is it to get in a fight with one rude passenger and then make a flashy, probably rehearsed exit (if anyone has a right to quit, it's the valiant McDonald's employee here who, for minimum wage, does all she can to keep Dushane from getting through the window and murdering the entire shift).  Dushane’s rage, on the other hand, is at the entire machine, man, deep-frying and otherwise.
Email Post
Labels: Commerce Fatal Strategies Moral Panics New World Order Normalization Overstimulated Consumers Psychosis Rapid Ingestion