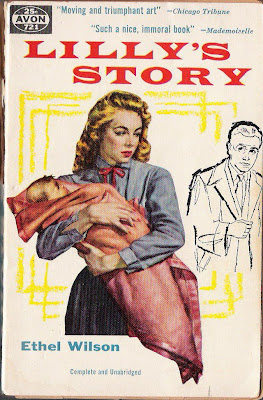 Lilly's story is this:

Abandoned by her irresponsible parents, a teenaged Lilly moves to Vancouver and takes work as a waitress in a Chinatown restaurant. There she finds herself pursued by "Yow," a Chinese servant to one of the city's prominent families.  Yow courts Lilly by giving her little trifles pilfered from his employer.  Lilly resists Yow's advances until at last he promises to give her a beautiful English bicycle (again, pilfered).  But when she finally agrees to return to Yow's apartment, the police are there waiting to arrest Yow for his petty thievery.  Terrified, Lilly runs back to her apartment, throws away all of Yow's gifts, and then catches the first train out of town.

This minor yet traumatic brush with illegality in effect sets the course for the remainder of Lilly's rather drab and undramatic life. From Vancouver she goes to a mining town, shacks up with a married Welsh miner, has a baby, and then moves on once again, this time to work in the employ of a rich English couple now living in British Columbia.  When her daughter Eleanor turns 8, she moves again, realizing that their circumstances--while idyllic--are not "their own."  For the next 25 years, she toils as the cleaning lady for a hospital, all of her attention turned toward making sure Eleanor has every opportunity in life to succeed.  A couple of men make plays for her, and she has a close though guarded friendship with the Hospital's Matron, but mostly Lilly does nothing but stay in her little cottage and fret over Eleanor.

Upon turning 17, Eleanor takes a position in Vancouver to train as a nurse.  But she hits the class mobility jackpot when she becomes engaged and married to a handsome young lawyer, Paul.  Lilly visits them a couple of times, but feels uncomfortable--especially when she accidentally sees the couple kissing and realizes how profoundly in love they are, and that she has never known such depth of feeling.  She quickly retreats to the sanctuary of her routine and anonymous life in her hospital sanctuary.

Then, one morning, who should she see strolling across the hospital grounds but Yow!  The disgraced servant has just taken a job as the hospital's new cook.  Sadly, still racked with guilt for a petty crime now some 30 years in the past (and for which she isn't even guilty), Lilly decides she has to pull up roots and move again, this time to become a chambermaid in a Toronto hotel.  But at least things end  somewhat "happily" for Lilly.  By her mere presence, she bewitches a recently widowed businessman from Winnipeg, and "Lilly's story" ends with her accepting his proposal of marriage.

The above may sound incredibly bleak and somewhat boring, but the book is actually rather poignant in its study of how a young girl, basically an orphan with no education or even friends, allows a relatively insignificant event to terrorize her psychic life for 40 years, forcing her into a secretive, guarded existence with no goals beyond maintaining her "secret" and raising her daughter. 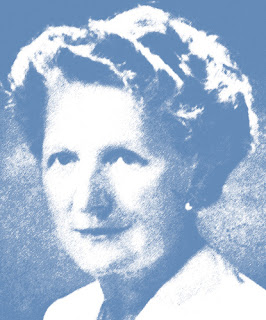 Like so much deceptive paperback art of the era, the cover to Lilly's Story suggests this will be a torrid account of unwed motherhood.  And as you get deeper into the story, you imagine it will take a turn toward becoming Stella Dallas or Mildred Pierce at any moment.  But it never does--Wilson remains committed throughout to a rather detached narrative of a strangely isolated life.

Ethel Wilson, as it turns out, is actually somewhat of a luminary in Canadian fiction (a fiction award in British Columbia bears her name).  She didn't begin her career as a novelist until she turned 60 when she published her best known work, Hetty Dorval, in 1947.  Those interested in learning more about her should visit this link to an article on her work by Paul Comeau.


OCD bibliographic note: "Lilly's Story" is actually one half of Wilson's two-part novel: The Equations of Love (1952).
Email Post
Labels: 1950s not bad-pretty good in fact what girls think about