Notes on "Orphans of the Storm" 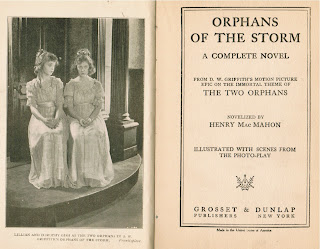 During a recent raid on the Salvation Army, I found a copy of the photoplay edition of Orphans of the Storm, published by Grosset and Dunlap in 1923. The book is a "novelization" of the film directed by D.W. Griffith and starring Lillian and Dorothy Gish. As old books go, it's not really all that valuable (you can still get a decent copy for under $5 at Amazon).  But what makes this particular copy unique is a glowing, hand-written appreciation of the film on the book's opening endpage.  Given that these lines, written in blue pen, are signed and dated at the bottom of the page, perhaps this celebration of the film was inscribed as personal testimony before giving the book as a gift.  Then again, maybe the writer just wanted to write down his feelings about the movie for him/herself (unclear from the signature).  In any case, the complete inscription appears below as a service to silent film scholars, Griffith/Gish fans, and marginalia aficionados. 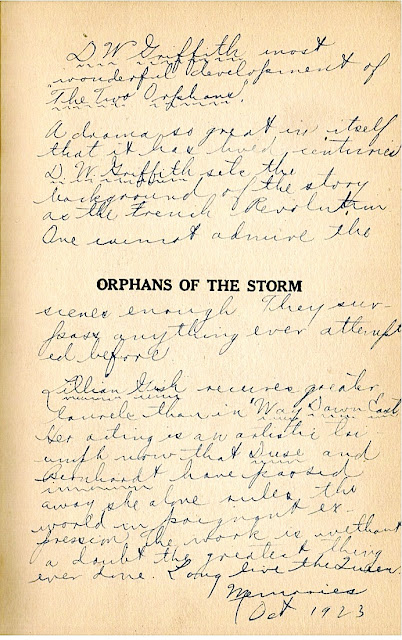