The white light is a unicorn-shaped bowling ball

The following is an "exquisite corpse" story written by students in my Exploitation/Cult Cinema course this past term.  The opening sentence is the first line from Boy Crazy by Nicolas Pine, the fifth installment in the Terror Academy series. 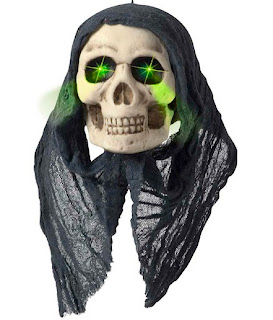 Shannon Riley sighed and lifted her crystal green eyes to the tinted window of the bus.  The emeralds had arrived last night, and were carved so exquisitely that they fit into her eye sockets better than her original eyes.  She put on a new necklace and decided tonight was going to be different.  She didn’t want to be treated like some two-dollar whore.  She was worth at least twice that.  How many elephants would a man sacrifice to deserve her?  He would never truly know, but he was determined to find out if he could ever win her over.  Knowing that he had from birth been set up for failure, he knew that winning her over, making her notice him, and her accepting his hand in marriage would be the last thing he would attempt before giving up for good.  But alas, a simple ‘no’ concluded his bearlike passion.  Gerard could not believe that this was her response!  The idea that she had planned the whole thing to the extent of vomiting blood and soiling herself during the wedding—it was inconceivable.  It was as though she didn’t care a thing for her husband-to-be or the $20,000 wedding dress he had bought for her. 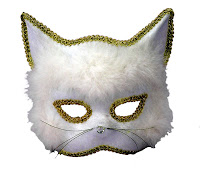 She’d rather try on hats in front of the bathroom mirror.  The mirror shattered when she gazed into it.  Still, she didn’t need the mirror to confirm what she already knew in her heart—she looked good, damn good, and something as trivial as a kitty mask wasn’t going to change that.  Suddenly she realized something was wrong—‘you know things with your brain, not your heart!’ she thought (with her heart).  She remembered taking long baths in her neighbor’s porcelain tub.  Her neighbor had no idea.  How would he know he was living next door to a nudist if the blinds were always closed?  He must have broken into the house and seen the nude man in person.  Seeing a man naked in the house made him forget completely why he was there in the house to begin with.  He completely froze up and hid himself in a closet and watched the action unfold hidden from sight.  The nude man would often do push-ups.  His exercise routine was specifically designed to maximize his abs, and therefore his chances with the ladies. But more specifically, he wanted to impress Marlene, the new HR rep at work.  What he didn’t know is that Marlene only dates midgets.  This results from an incident in her early childhood, when she had a particularly beautiful one for a preschool teacher, with long, curly hair and blue eyes.

But this phase soon ended, and we find now find her living in her great aunt’s basement with twelve cats and a cactus.  The cactus, which may have seemed like an afterthought, was actually a very rare species and meant a great deal to her.  She approached the cactus, fondling its fruit, mouth watering in anticipation of its bittersweet taste.  The fuchsia prickly pear was just out of reach, even when she climbed on a small ladder.  Taunted by the pear’s intoxicating aroma, she decided to forsake the ladder only to be reminded of the experimental jet pack technology that her great uncle Snidely had been developing in his top secret basement laboratory.  Ultimately, the jetpack’s exhaust gave her one hell of a buzz.  Her landing was a bit bumpy but she made it to the laundry mat.  Upon reaching the laundry mat, she realized she had forgotten her clothes, and decided to bathe herself in a washing machine.  Since she wasn’t able to fit into one washing machine, she combined two, placed half of her body to one and the other half to the other.  One half of her body in the washing machine started counting the number of holes in the machine.  There were too many holes, she decided.  Far too many!  She needed to fill in the holes immediately.  Looking to her left, she saw a can of Play-Do that she could use as Spackle.

She chose not to, however, which left her with no choice…it was either this or going back to selling vacuums door-to-door in Arkansas.  Anything in the world would be better than moving there. There was nothing left there for anyone under the age of 65.  Nothing except the xylophone carousels that filled the fields.  Their music echoed among the grains and tractors.  Then the pig donkey started dancing!  They danced until the donkey wheel created a white light.  Suddenly the white light gets too bright so they have to stop dancing.  The white light is a unicorn-shaped bowling ball.  The bowling ball got blasted by the unicorn’s galaxy destruction ray.  The bowling ball shattered, and the shards flew out to impale the unicorn once and for all.  It was at this moment that the transcendent man self-actualized and sprouted a beard.  He had now become the man he had always hoped to be.  He looked at himself in the mirror and didn’t want to change anything.  Because he was born that way! And because of the way he was born, he had trouble making friends.  He probably just needs to practice.  I mean no one is hopeless.  It’s almost impossible to do anyway, and it takes years to get it right. 2 years pass.  Sam and Tom reunite.  But in their reunion they found themselves lost in static, destined to exist within the screen. “Get the balls, Mama,” they said, and they grabbed the balls and threw them at the wall.
Email Post
Labels: Art on High Modernity-ism