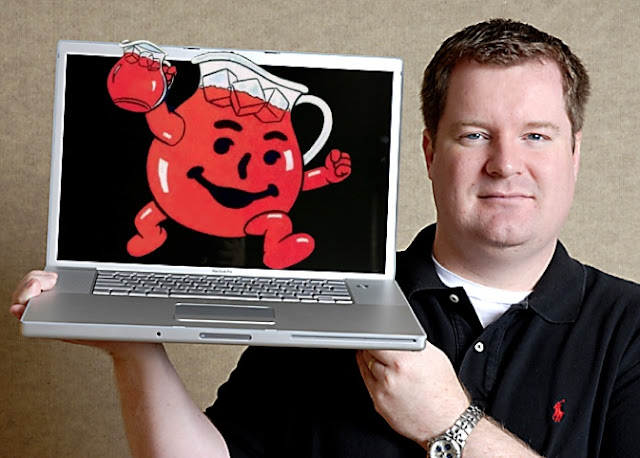 All comments below harvested from conservative blog RedState.com in the wake of Sunday's successful military operation against Osama bin Laden.  They see the world differently than you and I.

Obama had this fall into his lap and is taking full credit for it. yes thank God is was now and not next September or October. this wil give BHO a boost for a very short time but it wil die down before next years real campaigning. I speculate tht BHO approved this because of his failing poll numbers.

Is there any doubt why he released his birth certificate when he did. Now no will be able to question it.

What I’m saying Obama is ruthless and will stop at no means to assume power. As soon as he knew they got Bin Ladin, he release the document. The man spent approximately 3 million in legal fees to keep it hidden, states were coming up with bills to require proof then the document is all of sudden produced.
His foreign policy is still a joke. Appeasement, weakness, bowing to dictators. You name it.
Worst. President. Ever. And yes, still worse than Carter.

What bugs me is that he implied, in his comment that the FIRST thing he did with Leon Pannetta was to make finding bin Laden his #1 priority, that finding bin Laden was not previously the intelligence community’s #1 priority. With Obama, it’s all about Obama. And I thought Clinton was in love with himself!
The Obama media will continue to play this up. Chris Matthews probably had another shiver down his leg. They are dolts who will say whatever they are told. I give you Dan Rather as example. The Obama campaign will milk this for all it’s worth through 2012. Unfortunately we still have the same brain-dead, duped Obamabots that think he walks on water. They would vote for him even if he were running against Jesus Christ. Hopefully a big percentage of the original duped have seen him for what he is and will vote against him. It’s the independent voter that will decide the election. Many of these voters are unhappy with the way things have turned and not happy the way “O” has lied to them at every turn. It will indeed be up to “We the People” to rid the country of this cancer.

The evidence Osama has been dead for years is overwhelming, people have been predicting for years his dead body was going to be trotted out as part of some PR stunt. Absent the presentation of some overwhelmingly compelling evidence to the contrary, it looks like that’s what we’re witnessing right now.

Right, Erick, not only does this not make Obama invulnerable to 2012 defeat, but I’d suggest it will actually serve in the end to do the opposite. The immediate taking to the streets in the middle of the night with American flags, non-stop chants of “U-S-A”, God Bless America!”, and spontaneous singing of the national anthem (such as the great West Point Youtube clip) have the common theme of intense patriotism and STRENGTH — a country BURSTING in its wish to regain that strength, a country that Obama has done his best at every turn to apologize for and even condemn on numerous counts, including its military practices of interrogation and twisting our attempts to promote and defend freedom as “dictating”. Remember this is the president who, in a stunning twist of lunacy, has handed his own country over to the UN for “human rights transgressions”. He bows (physically and mentally) before our enemies and is slowly but surely abandoning Israel as many have long-suspected he would. Our very American IDENTITY is being removed by this man. So we have been made immensely WEAKER, not stronger, and no one is going to dismiss or forget Obamas’ “transformation-wish” tomorrow because of UBL. Rather, I believe this successful military operation will inspire us to work even HARDER to defeat Obama and his idealogical “visions” and get this nation, and our identity, back to what our fathers and grandfathers fought and died for. Obama may be in office and he may take paper-credit for the “victory”, but he will remain outside its celebration in the hearts of the people. We, as conservatives, instead will celebrate the PROUD and GOOD country we are and would be again without this man. The disparity of our national memories of being a beacon of hope to the world, against Obama’s persistent attempt to level us on the playing field - and even lower us - should be STARKLY, strongly in contrast this morning. Let Obama continue to say “I” did this, “I” did that” ….it is the WE who know better that matter. It is the WE who fight the war of ideals that will remove him from the halls he walks and taints with every footstep. U-S-A!!

let’s see him do great & mighty things at our southern border!!!Because if he could personally get this done then the EVIL at the border should be a cake walk. I’m so sick of that man and his false bravado! I agree it was our wonderful WARRIORS & the CIA, believe me they certainly had NO help from the powers that be in DC!  Thank you God for your mercy on us!!

I don’t think so. Our military and intelligence agencies get 100% of the credit. I doubt Obama was ever in the loop on this operation. Obama disdains our military, just as he does the American people. He is an opportunist, same as all the other leaches in our federal government, and wouldn’t loose an opportunity to take credit no matter what the source. My guess is that he was in the middle of another one of his White House parties or on the golf course when the news broke on Bin Laden and was even pissed about being interrupted.

This man shamelessly is trying to take all of the credit for something he only happened to be in the WH for. The credit should be going to God, first and foremost. Closely followed by our brave military personnel who have given their lives for this moment.

I believe the contrast between the Obama “I” and the humbleness of Former President Bush certainly is a reminder that there is a better way and a better future to be had by all which doesn’t relate to spreading the wealth. I think the American People will remember the defiance of Obama and the Democrats with Healthcare and our ability to tap our own oil and gas reserves. The American People will weight the constant lies coming from this White House and the pure arrogance of the President on all things which matter to the heart and soul of each of us. As a reminder one has to remember that this victory began with the Bush/Chenney Administration and that Obama is purely a recipient of those policies.
Email Post
Labels: Conventional Politics delusions Just Depressing Troubling