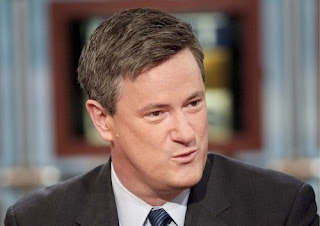 Effect of Differential:  Sincerely believes he is befuddling “elites” and their liberal dogma through the Socratic irony of pretending to be a bumpkin.  Frequently confuses cynicism cultivated during stint in Congress with timeless wisdom as to the “truth” of politics.

Political correlation between “self” and TV persona:  90-95%.  Living part-time on Manhattan’s upper west-side has somewhat tempered his commitment to Conservative bullshit. 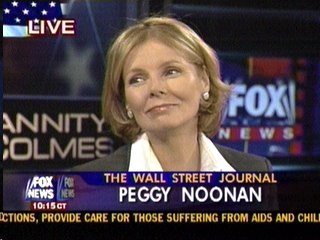 Qualifications:  Speechwriter for former president Ronald Reagen, most famous for having had the necessary skill to write a speech making the nation feel emotional about the Challenger explosion.

Effect of Differential:  After Noonan’s appearances, numerous viewers have reported needing the inside of their television screens swabbed out to remove stubborn layer of oily smugness.


Political correlation between “self” and TV persona:  Sadly, 100%
Pro:  Provides the left with a potent reminder of "smart" conservatism’s penchant for condescending generalization.

Con:  Political commentary both regards and addresses the “American people” as stupid but essentially well-meaning grandchildren. 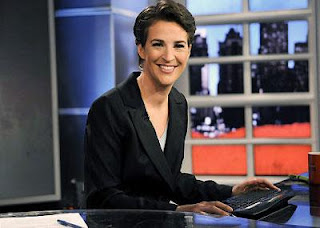 Qualifications:  Time at Air America and a guest pundit on Olberman’s show.  Has a Ph.D. and apparently isn’t ashamed about it.

Political correlation between “self” and TV persona:  Seemingly 100%

Pro:  As an out lesbian with a Berkeley Ph.D. and stylish glasses, Maddow is the perfect socio-cultural emblem for terrifying conservatives still living in 1957; in fact, some maintain Maddow is an RNC hologram operated entirely for fundraising purposes.

Con:  Professed disinterest in all other forms of television and popular culture a bit too “Berkeley” even by Northern California standards.  Has tendency to address her audience as if they were Fox viewers who she must convince of something--when of course no one to the right of Mao ever sees her (except, perhaps, viewers who temporarily stop on their way over to Fox to look for a pork rind in the carpet ). 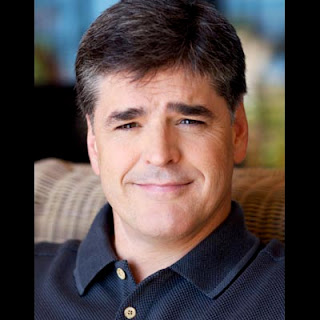 Effect of Differential:  Relatively dramatic gap between raw and perceived intelligence forces Hannity to rely on time-tested Neanderthal debating techniques; namely, interrupting those who disagree with him by amplifying his grunting and gesticulations.  Rumored to routinely piss on desk to mark territory.

Political correlation between “self” and TV persona:  Unclear.  Could be as high as 95% or as low as 50%.

Pro:  Extraordinarily useful as a cautionary tale to children about what life is like without a soul.

Con:  Even temporary or "ironic" exposure to Hannity makes one more vulnerable to episodes of road-rage and/or possibility of using armpit farts in policy discussions.
Email Post
Labels: Conventional Politics The TV