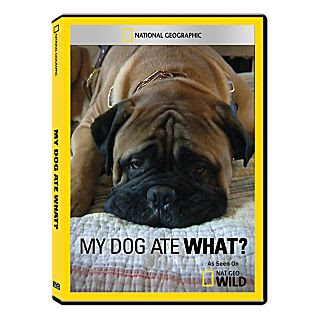 There are some jobs in the entertainment industry so demeaning that it’s a wonder anyone will take them, assignments beneath even the unpaid army of starry-eyed interns looking to take those first baby steps toward a condo and coke habit in Malibu.  But someone has to cut new bumps for Shark Week, fact-check Panzer statistics for the Hitler channel, and pick up Ryan Seacrest’s dry cleaning—so, like the dead skunk on the Interstate that someone eventually gets around to scraping off the pavement, these unpleasant tasks mysteriously get completed year after year.

But the National Geographic Channel, of all places, has recently lowered the bar one more stunning notch, creating a position that can only be described as dog vomit wrangler.
The "dog vomit wrangler," whoever this poor soul may be, is attached to a show called My Dog Ate What?  The series apparently debuted way back in May, but having no dog to focus my enthusiasm for the premiere, I only just now stumbled upon it during the new Thanksgiving tradition of basic cable "I will literally watch anything" megablock programming.
As promised by the title, My Dog Ate What? is devoted to one insanely narrow and repetitive premise: re-enactments of various real life dogs eating things they should not eat and almost dying.   It is a brutally simple concept and one typical of the new fetish aesthetic that now reigns in the upper hundreds of the cable tier: I want to see people remodel their bathrooms; I want to see the latest Cajun variations on the grilled cheese sandwich; I want to see adorable dogs swallow ridiculous household objects and almost die.
In terms of cheap melodrama, My Dog Ate What? is right up there with The Day My Kitten Almost Drowned (over on Lifetime, I think).  Each segment follows a virtually identical structure repeated four or five times per episode.  First we meet the dog who we know will soon eat what a dog should not eat.  Said dog is shown running up and down the stairs, chasing a ball in the backyard, playing with the family, or doing any of the other various things dogs do that so warm our hearts.   Then the crisis!  One day the owner(s) notices that little Sparky doesn’t seem to have any appetite for his food.  Why that's not like little Sparky! He loves his food! offer the talking-head  owners.  Then someone sedates little Sparky so that he might re-enact for the camera a pitiful bout of dog-lethargy.  We just knew something wasn't right, continue Sparky's owners.   Soon Sparky is at the vet and we receive the terrible but typically hilarious diagnosis:  Sparky has swallowed a _____X____.
Here is a list of some of the stupid things these stupid dogs ate in the two episodes I saw: 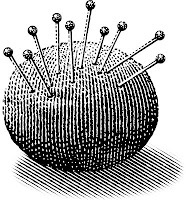 --bottle cap
--hairball from a woman’s hairbrush
--tampon
--tennis ball (x3)
--pin cushion (with pins)
--batteries
--rat poison
--two boxes of cereal, including the actual boxes.
All the dogs survive, of course, which strikes me as cheating a bit on NatGeo’s part.  Surely the show would be more meaningful or at least more suspenseful if Rover occasionally didn’t bounce back from swallowing a conch shell or a pack of urinal cakes.  But kids are watching, I suppose, as are the “child-like” at heart who are apparently entertained by this cloying parade of cute dogs with tummy aches.  Like all other viewers of niche-fetish cable, I guess, these folks need to be protected from the unpleasant realities that lie beyond their cable enclosure--like the mountain of poor unwanted puppies being shoveled into a dumpster at the city pound while the Harringtons spends $3000 bucks having a Rolex fished out of their Beagle's duodenum. And for some of these dogs, quite frankly, it isn't entirely clear that saving them is worth the effort.  In one segment I saw, for example, a particularly dim-witted mastiff (left) swallows a tennis ball in one slobbery gulp.  For a week he lies around feeling sick, tempting the surgeon and the reaper until at last, to everyone's great relief, he wretches up the ball.  The next day he’s feeling great.  Cut to footage of the dim-witted mastiff once again frolicking in the park—where he then proceeds to eat another fucking tennis ball.  And then, while everyone waits around for him to cough this one up, he goes out and swallows a third tennis ball for good measure.  That is one stupid dog.  By my count he's at 40-luv.  One more and it's game-set-match-we're telling the kids he went to go live on a farm upstate.

But I kid the dog people.  Of course we would all spend whatever it took to unplug Sparky's plumbing, no matter how many times he swallowed something that every other animal on the face of the earth would have enough sense to stay away from.  After all, this is what makes My Dog Ate What? both funny and poignant.  Like the Three Stooges, dogs live in a world that is simply too complicated for them.  Left as wolves in the Siberian tundra, they'd be fine--but after we bred them to take hilarious and often ill-advised forms like the Dachshund and Shiatsu, you can't help but feel sorry for them when they accidentally eat a box of detergent. They didn't ask to live in a world of tasty detergent, and whats more, you should have been watching them more closely so that they wouldn't be tempted to eat a box of tasty detergent.

Some of the dogs on My Dog Ate What? require surgery.  Others get out of their G.I. jam by
vomiting up the thing they should not have eaten.


Which returns us to the lowly plight of the dog vomit wrangler. 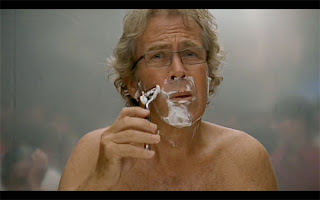 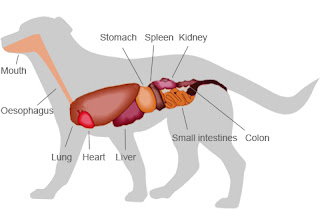 As vomiting is a symptom shared by all the dogs on the show, every single beast on My Dog Ate What? must puke at some point during his little docudrama.  This presents My Dog Ate What? with the rather unprecedented challenge of devising multiple strategies for the novel staging and display of dog puke. Each episode is like watching von Triers and Leth's The Five Obstructions (2003)--except in this case the challenges of formal invention issue from five actual obstructions ...of the canine intestine!  (Ha!)

Now, you might think that dog puke is dog puke—but My Dog Ate What? clearly has a quality commitment to both narrative plausibility and medical verisimilitude.  Producers have determined that each puddle of puke must be convincing and appropriate to the dog being dramatized.  When a tiny terrier eats something that he should not have eaten, we see tiny bits of kibble strewn across a small watery puddle.  For a bigger dog we get a robust stew of what looks like wet cat food and Milk Duds.  And it's not just dog “puke,” per se.  In one episode, for example, a particularly greedy dog inhales two full boxes of cereal—including the boxes themselves.  This creates a massive “plug” in the dog’s stomach that blocks his small intestine, necessitating emergency surgery.  During the surgical sequence, we are treated to the sight of the vet using a soup ladle to extract helping after helping of half-digested corn flakes and cardboard from the pup’s stomach.  Extreme close-ups of the more colorful scraps of the cereal box, strewn amidst the regular dog puke, are offered as evidence of the dog’s adorably voracious stupidity.
Now imagine.  Someone in the My Dog Ate What? production company has the responsibility of reading each script and then visualizing the "appropriate" dog puke.  This is followed by the tedious and no doubt humiliating process of actually fabricating the dog puke, prepping the dog puke for the shoot, "re-freshing" the dog puke between takes, and then presumably cleaning it all up after the shoot.

Meanwhile, the puking scene is so crucial to each dog's story that the director must find various ways for the camera to "discover" the vomit anew.  In most segments, we are told the dog has wretched and simply cut to a static shot of the evidence (but even here there is shot scale to consider.  Sometimes there is a shock-cut to the puke in glistening close-up; on other occasions, the vomit is really more of a tasteful stain framed in a long-shot).  In what has to be the most inspired staging, however, the owner of Cletus the ball-swallowing moron sits on the floor in front of her couch.  Suddenly, from beyond the fourth wall, a milky white tendril of dog puke splashes out onto the carpet, followed in turn by a soggy and apparently projectile-puked tennis ball.  The ball rolls to a stop in front of the owner.  She's delighted.  Cletus is going to be okay. 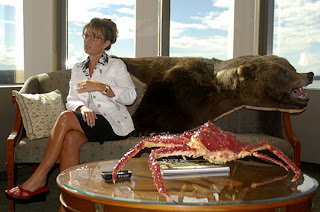 Except, of course, for following Sarah Palin around with a camera for 3 months while she "ad libs" political witticisms tied to the allegorical lessons presented by Alaskan wildlife.  That fate I wouldn't even wish on Cletus the ball-swallowing moron dog.