Let us consider the following evidence: 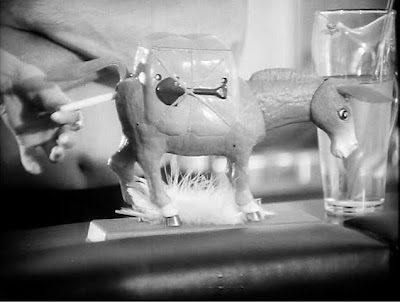 Nymphs Anonymous (1968) opens with a close-up on a cigarette-dispensing donkey.  Camera zooms-out to reveal: 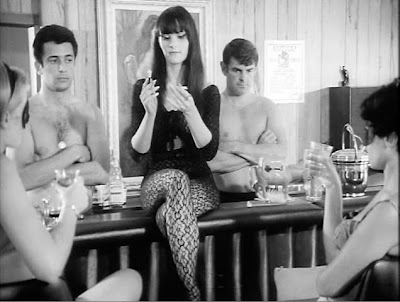 The leader of the "Nymphs," a future political organization that has successfully subjugated all men in the service of women.  Note the enslaved bartenders.

___________________
Approximately 20 minutes into She Mob, meanwhile, the eponymous gang of lesbian robbers are playing poker, having tied-up a male gigolo in the next room as a hostage. 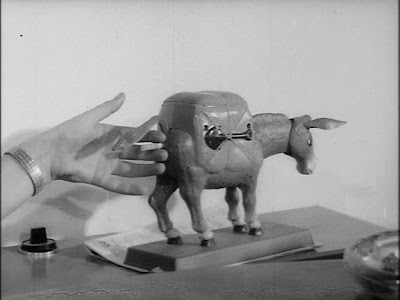 A hand reaches for a cigarette and we see the very same donkey dispenser found in Nymphs Anonymous (or at least the same model). Match cut to: 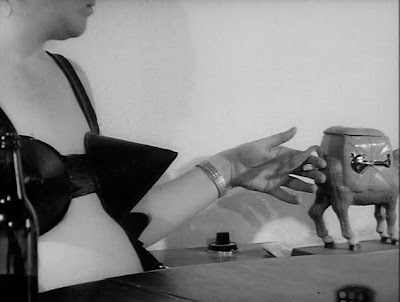 "Stiv," the dyke leader of the gang, retrieves the cigarette from the donkey's rear-end.

Conclusion:  Nymphs Anonymous (1968) was directed by Manuel Conde.  Given the similar premise of "imprisoned" men and the parallel exploitation of a cheap donkey novelty for a moment of low comic spectacle, it is my hypthosis that Manuel Conde also directed She Mob (1968).