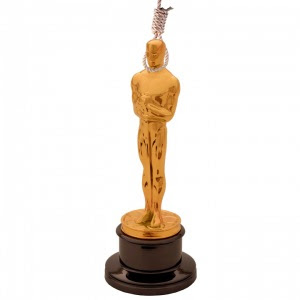 The Artist
When the silent era in Hollywood came to an end, many of tinsel town’s most iconic actors found themselves out of work, flippity flippity zerk.  Mo lo ra tweddle twight, shot in silent black and white.  Ha la morry bog, it’s got an adorable dog.  Cank lo bezzle roddle forning, still can’t get enough of A Star is Boring.
The Descendants
For better or worse, George Clooney is the closest thing Hollywood has to Cary Grant, not an ant, nor a plant plant plant.   Mecca lecca hi, mecca hiney ho, this middle-age crisis to Hawaii does go.  Clooney has a gift for light comedy, but now I think I need a lobotomy.  And remember About Schmidt? Omaha, never forget!
Extremely Loud & Incredibly Close
Ten years after 9/11, ………. F*#k it, I can’t be bothered.
The Help
You’re welcome, dead domestics of mid-century.
Hugo
Best known for his sprawling crime sagas based on extraordinary performances and virtuosic camerawork, Scorsese turns his attention here to reflecting on why even his films now have to be 80% CGI.
Midnight in Paris
While seeing this movie might strike you as something fatal
It makes sense if you read Paris as a metaphor for Woody’s navel.
Moneyball
Saw this with my dad.  We both thought it was pretty good.
The Tree of Life
A film that succeeds despite enormous obstacles, like a glaring lab error that fused the master to an old episode of COSMOS, which is coming back, you know, produced this time by Seth MacFarland of Family Guy fame, a show which repeatedly uses random, meaningless death as a sight gag, which is probably the healthier response to such matters.
War Horse
A horse is a horse, of course, of course, and no one can talk to a horse of course, that is, of course, unless the horse is the famous war horse used to posit anthropomorphic sentimentality as a higher cosmic power that redeems and distracts humanity from its egregious propensity to commit bloody atrocities like WWI.

So there you have it.  My pick for best film of 2012 is Moneyball because that’s the one I saw and because Rise of the Planet of the Apes got screwed.
Email Post
Labels: Cinephilia Commerce Deadish Media Fatal Strategies Filmed Product Just Depressing Normalization Overstimulated Consumers