How to Kill a Dog Carefully 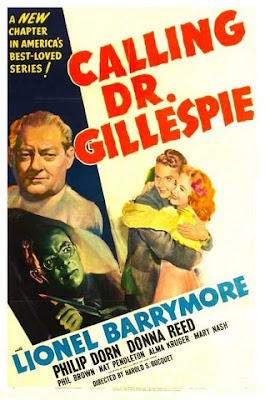 Movies from the studio era try so desperately to project a sense of coherence that it’s always a treat to see one that goes completely off the rails.  Such is the case with Calling Dr. Gillespie (1942), a film from the B-unit at MGM starring Lionel Barrymore, Philip Dorn, and Donna Reed.  The nice white-haired man that TCM keeps locked up in their studio year-after-year tells us the movie was originally meant to be the 11th installment in the Dr. Kildare series so popular in the 1930s.  After completing principle photography, however, MGM summarily dumped Lew Ayres (who played Kildare) after he made public his status as a conscientious objector in WWII.  The film apparently was re-cut to bring Kildare’s mentor Gillespie (Barrymore) to the forefront, while Dorn was added as Dr. John Hunter Gerniede in the hopes no one would notice that “Dr. Kildare” was no longer in the Dr. Kildare series (the poster at left captures this strange subterfuge: "A NEW chapter in America's best-loved series"...now 100% Kildare-free).

Tough sledding, as they say.  But even worse, by bringing Gillespie (essentially “Old Man Potter” from It’s a Wonderful Life, played here as a lecherous but loveable physician) into the lead, the typically light and spare comic touches offered by Barrymore across the series instead become a central focus, unexpectedly making Calling Dr. Gillespie the first (to my knowledge at least) medical-mystery-suspense-comedy ever to focus on a serial killer.

Yes, a serial killer.  For in this installment, old man Gillespie must counsel a young woman engaged to a young man who shows all the signs of entering “dementia praecox."  “Your son is a mental case,” he tells the boy’s parents at one point, bad news for them but hilarious for us as the diagnosis rolls off Barrymore’s crusty old tongue.  Dorn as Gerniede, meanwhile, is just itching to try all of the new psychiatry stuff he’s been reading about, and so the movie unfolds as a pre-Spellbound search for the meaningful trigger behind the symptom (spoiler alert: we discover train whistles make the young man homicidal—although in a wonderful example of the film's narrative incoherence, we never learn about the original trauma that caused this reaction.  But in the final analysis, I think this is a much more satisfying blockage than Hitchcock's characteristically tidy psycho-summations).

But it gets worse.  I can only imagine the script and editing departments at MGM as the producer waltzed in one day to make the following announcement: “The new “Dr. Kildare” movie no longer has Dr. Kildare in it, so all of his footage has to be taken out.  Instead we’re going to foreground Gillespie and introduce Dorn as a new sidekick.  Also, it's going to be more of a comedy now, even though it's about a guy on a homicidal rampage.  Oh, and one more thing, a cute little dog is brutally murdered in the opening 5 minutes of the picture, so you’ll have to get around that.  Now get to work!”

It is a task that seems like a dare between two drunken screenwriters.  “I bet you can't write a light-hearted character-based comedy…with a serial killer in it…and with an adorable dog killed in the opening scene.”  “No problem,” says his friend, seconds before falling into a pool of his own vomit on the floor of Musso Franks.

Don’t believe me?  Below are a series of stills from the remarkable “hey, I think my boyfriend might be insane because I just saw him kill a dog for no good reason” scene that opens Calling Dr. Gillespie.  Cruelty to animals was a Production Code concern, of course, and so the scene is handled with utmost “be carefulness.”  Still, after seeing this sequence, imagine the heroic effort of trying to steer this already battered ship of a movie toward curmudgeonly comedy. 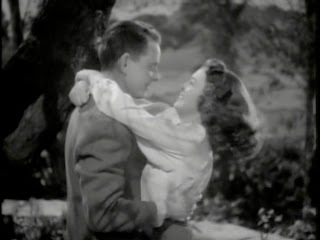 They seem so young and in love.  I wonder when Dr. Kildare will show up. 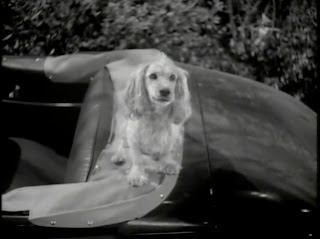 Oh look at that adorable dog. The future sure looks bright for this smart young couple. 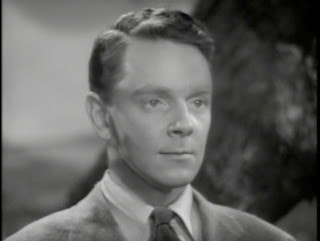 Boy, he doesn't seem too happy that she wants to postpone the wedding until the school year is over. 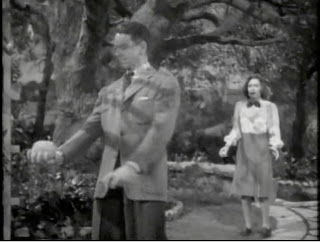 Where the hell is he going?  Why did he pick up that rock? 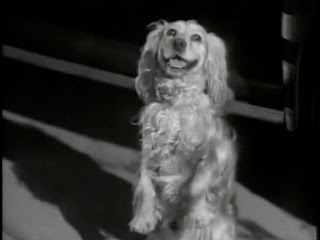 Man, that is one adorable dog.  Oh look, he wants to play.  That should cheer the guy up. 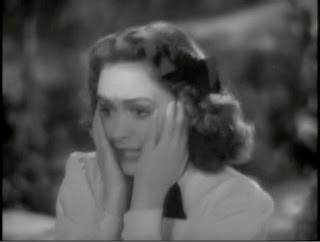 What is she screaming about?  Dear God, he's not going to throw that rock at that dog is he? 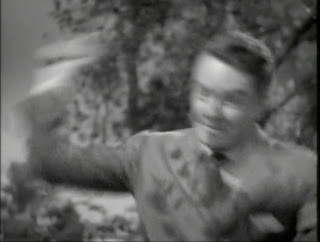 Great Scott!  He is throwing a rock at that dog! 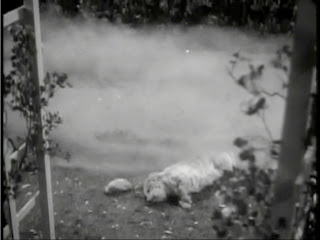