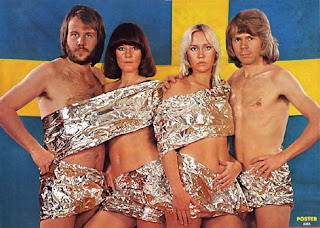 Here are this year’s nominees for induction to the Rock ‘n’ Roll Hall of Fame, which, by the way, is currently celebrating its 25th anniversary.

This list raises a pressing question.  Has the time come to shut down the Rock ‘n’ Roll Hall of Fame in this its 25th year of operation?  Many purists would argue opening such a venue was a totally un-rock ‘n’ roll mistake in the first place, that the best way to achieve the status of a true rock legend is to  O.D., whip your cock out on stage, eat a shotgun, get arrested on a morals charge, or—in a pinch—bite the head off a bat (even if it was only accidental, as Ozzy so often claims).

Of course, opening a Hall of Fame for “rockers” always had more to do with tourism and commerce than any actual grassroots demand to honor “rock ‘n’ roll,” so complaining about its induction process is probably a waste of precious outrage,  not unlike Kanye West passionately defending the integrity of the VMA’s obviously specious criteria for honoring the creative visualization of inane pop songs.  Still, even fake awards and wholly manufactured honors need to maintain some pretext of credibility.  Without at least the illusion of informed authority, the Rock ‘n’ Roll Hall of Fame might quickly find itself outflanked by a particularly well-appointed Hard Rock Café.

This year’s nominees threaten to bring down the entire house of cards.  Consider:

ABBA: Okay, everyone, or almost everyone loves ABBA, and the band has converted many an ironic smirker into a bonafide afficiando.  “S.O.S.” is one of the greatest pop singles of all time precisely because it so deftly mixes crystalline production and phonetic English with such an intensely blank sense of emotional crisis—something really seems to be at stake in the chorus, even if it is actually nothing at all.  But to call it rock?  Sadly, the market probably won’t bear a Pop Hall of Fame, where ABBA would be a slam-dunk on the first ballot.  And shouldn’t their already dubious rock credentials have been revoked at the precise moment the first line of  "Mamma Mia" emerged from Meryl Streep’s mouth?

LL Cool J:  They’ve already inducted Run DMC and Grandmaster Flash, so this is part of a trend—the trend of having a business model that extends beyond aging white AOR listeners of the 70s. But shouldn’t there be a Rap/Hip-Hop Hall of Fame by now?  I say this, not as a musical crypto-segregationist, but out of sympathy for these architects of the most vibrant of post-rock popular aesthetics.  Any institution that groups LL Cool J and Ricky Nelson under the same roof either has no discernable logic or no shame.

Genesis:  Awesomeness is in the ear of the beholder, a relative, subjective judgment of taste—except when it comes to Genesis, who are just flat out horrible.  I say this as a veteran of the prog-rock seventies, as someone who can still anticipate most of the gratuitous and inordinately difficult time changes in a Yes record.  How Genesis gets through the doors before Yes, or Jethro Tull, or even Rush for that matter, is beyond all comprehension.  I used to hate Rush—but the wisdom of age has finally made me realize that even though Neal Peart is a Randian fascist who still makes his poor roadies needlessly tote windchimes and a gong on every tour, I would rather have “Tom Sawyer” drilled into my skull every day during rush-hour than, say, “Land of Confusion” or “No Reply at All” or “Taking It All Too Hard” or any number of the other Genesis songs that make anyone with a soul want to drive off the overpass. 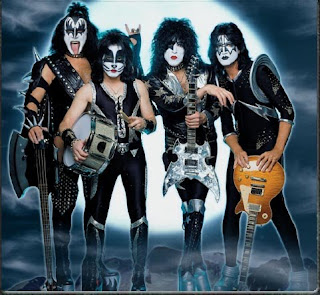 Kiss: Against all reason, Kiss somehow outlived their own embarrassment and that of their fans to actually enjoy a series of freakish comebacks.  They are the ultimate nostalgia bubblegum costume act, fondly remembered—not for their music of course—but for reminding a generation of man-boys what it was like to be twelve years old and anticipating how awesome it would be to reach sixteen--that magic age when boys believed they’d finally get to drive, spit blood, and  understand what it means to be “workin’ hard” and deserving of “a deuce.”  What’s next for the Hall of Fame—the Banana Splits?  Josie and the Pussycats?  Gwar?

Red Hot Chili Peppers: Has any band ever gone so far with such a terrible lead singer?  Whats-his-name never met a note he couldn’t miss. Obviously there are a lot of “non-singers” in rock history that are fantastic—Mick Jagger, Alice Cooper, Dylan, Hilary Duff.  But whats-his-name is clearly not of this caliber.  The secret to not being able to sing is to avoid trying to sound like you’re singing--but this truism has escaped whats-his-name.  If he can get within even a quarter-tone of the alleged key, a grateful sound engineer is apparently willing to call it quits for the day.   Particularly horrifying is that video where whats-his-name walks around L.A. for three minutes in the grips of some agonizing beatitude and then tortures an entire choir by forcing them to back his flat, overwrought croakings.  I don't wanna feel like you did that day either...just please stop.

The Stooges:  Surely the Stooges are worthy, right?  Absolutely.  So much so that they should have gone in long, long ago-- so this is only more evidence that no one there actually knows what the hell they are doing. Fleetwood “Tusk” Mac got in before the “Search and Destroy” Stooges?  And they call themselves a “rock” hall of fame?  The Stooges probably made it this year only because a hip intern from a college radio station shamed them into it. 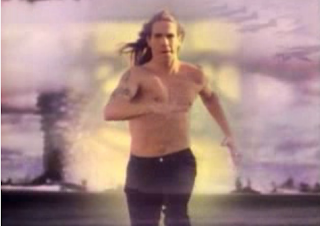 As the criteria for “rock” excellence has become so completely ridiculous and/or meaningless, there obviously needs to be a new way of picking the inductees.  My vote is for band on band knife fights, or drinking contests, or seeing who can hang in there the longest on a collective rendition of “Sister Ray.”  Any institution that would enshrine The Clash before the Sex Pistols, The Ventures instead of Dick Dale, or Simon and Garfunkel in any capacity whatsoever clearly needs to have its license to rock revoked.

If anyone is offended by the opinions above, I apologize...but in truth, you have horrible taste in music.
Email Post
Labels: Bubblegummed Music