The Situation with Snooki 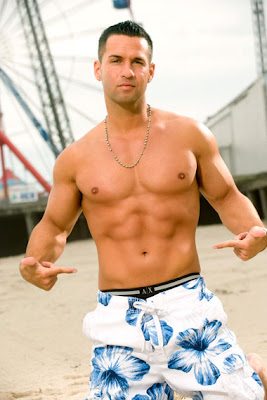 The essential feature of Narcissistic Personality Disorder is a pervasive pattern of grandiosity (either in fantasy or actual behavior), need for admiration, and lack of empathy that begins by early adulthood and is present in a variety of situations and environments.


Individuals with narcissistic personality disorder have a grandiose sense of self-importance. They routinely overestimate their abilities and inflate their accomplishments, often appearing boastful and pretentious. People with narcissistic personality disorder may blithely assume that others attribute the same value to their efforts and may be surprised when the praise they expect and feel they deserve is not forthcoming. Often implicit in the inflated judgments of their own accomplishments is an underestimation (devaluation) of the contributions of others.

Individuals with narcissistic personality disorder generally require excessive admiration. Their self-esteem is almost invariably very fragile. They may be preoccupied with how well they are doing and how favorably they are regarded by others. This often takes the form of a need for constant attention and admiration. They may expect their arrival to be greeted with great fanfare and are astonished if others do not covet their possessions. They may constantly fish for compliments, often with great charm.


A sense of entitlement is evident in these individuals' unreasonable expectation of especially favorable treatment. They expect to be catered to and are puzzled or furious when this does not happen. For example, they may assume that they do not have to wait in line and that their priorities are so important that others should defer to them, and then get irritated when others fail to assist "in their very important work."


This sense of entitlement combined with a lack of sensitivity to the wants and needs of others may result in the conscious or unwitting exploitation of others. They expect to be given whatever they want or feel they need, no matter what it might mean to others. For example, these individuals may expect great dedication from others and may overwork them without regard for the impact on their lives. They tend to form friendships or romantic relationships only if the other person seems likely to advance their purposes or otherwise enhance their self-esteem. They often usurp special privileges and extra resources that they believe they deserve because they are so special.


Individuals with Narcissistic Personality Disorder generally have a lack of empathy and have difficulty recognizing the desires, subjective experiences, and feelings of others. They may assume that others are totally concerned about their welfare. They tend to discuss their own concerns in inappropriate and lengthy detail, while failing to recognize that others also have feelings and needs. They are often contemptuous and impatient with others who talk about their own problems and concerns. When recognized, the needs, desires, or feelings of others are likely to be viewed disparagingly as signs of weakness or vulnerability. Those who relate to individuals with Narcissistic Personality Disorder typically find an emotional coldness and lack of reciprocal interest.


These individuals are often envious of others or believe that others are envious of them. They may begrudge others their successes or possessions, feeling that they better deserve those achievements, admiration, or privileges. They may harshly devalue the contributions of others, particularly when those individuals have received acknowledgment or praise for their accomplishments. Arrogant, haughty behaviors characterize these individuals. 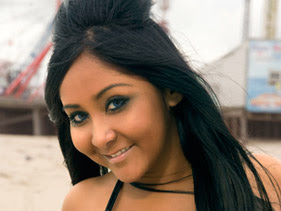 Borderline personality disorder (BPD) is a serious mental illness characterized by pervasive instability in moods, interpersonal relationships, self-image, and behavior. This instability often disrupts family and work life, long-term planning, and the individual's sense of self-identity. Originally thought to be at the "borderline" of psychosis, people with BPD suffer from a disorder of emotion regulation. While less well known than schizophrenia or bipolar disorder (manic-depressive illness), BPD is more common, affecting 2 percent of adults, mostly young women. There is a high rate of self-injury without suicide intent, as well as a significant rate of suicide attempts and completed suicide in severe cases. Patients often need extensive mental health services, and account for 20 percent of psychiatric hospitalizations. Yet, with help, many improve over time and are eventually able to lead productive lives.


While a person with depression or bipolar disorder typically endures the same mood for weeks, a person with BPD may experience intense bouts of anger, depression, and anxiety that may last only hours, or at most a day. These may be associated with episodes of impulsive aggression, self-injury, and drug or alcohol abuse. Distortions in cognition and sense of self can lead to frequent changes in long-term goals, career plans, jobs, friendships, gender identity, and values. Sometimes people with BPD view themselves as fundamentally bad, or unworthy. They may feel unfairly misunderstood or mistreated, bored, empty, and have little idea who they are. Such symptoms are most acute when people with BPD feel isolated and lacking in social support, and may result in frantic efforts to avoid being alone.


People with BPD often have highly unstable patterns of social relationships. While they can develop intense but stormy attachments, their attitudes towards family, friends, and loved ones may suddenly shift from idealization (great admiration and love) to devaluation (intense anger and dislike). Thus, they may form an immediate attachment and idealize the other person, but when a slight separation or conflict occurs, they switch unexpectedly to the other extreme and angrily accuse the other person of not caring for them at all. Even with family members, individuals with BPD are highly sensitive to rejection, reacting with anger and distress to such mild separations as a vacation, a business trip, or a sudden change in plans. These fears of abandonment seem to be related to difficulties feeling emotionally connected to important persons when they are physically absent, leaving the individual with BPD feeling lost and perhaps worthless. Suicide threats and attempts may occur along with anger at perceived abandonment and disappointments.