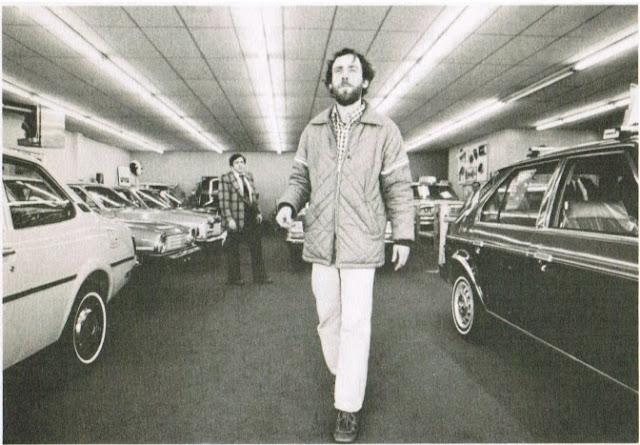 These images are from a book titled Wheels and Deals, published in 1979 by an educational company based in St. Paul, Minnesota.  The book was designed as a reader for students taking English as a second language, and tells the story of "Dick's" decision to buy a car.  It's a strange read in that it narrates this ritual of adult responsibility in elementary school prose: "Dick wishes he had a car. He would like to drive his car to the factory. He could go to the factory early. He could stay late at the factory. He could visit his friends right after work. He needs a car to go many places. He wishes that he could take his girlfriend Judy out in his car.  He likes to go to the drive-in with her. He always has to go with other people. He would like to go there alone with Judy."
We never find out if Dick is successful in his quest for a hand-job, but we do get these particularly striking photographs that illustrate Dick's journey toward car ownership.  They appear to be the result of a single day shooting, each image staged to communicate a particular point in the process of buying a car.  The photos seem (maybe as the result of historical distance) to be teetering on that borderline between staged professionalism and candid actuality.  They illustrate the buying of a car, but they are also a particularly vivid window onto a single winter day in 1979 in St. Paul, Minnesota. 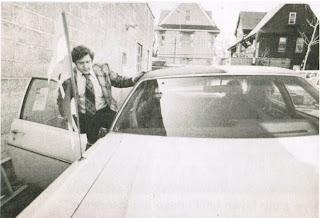 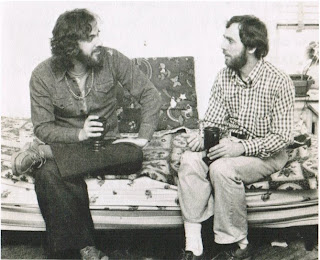 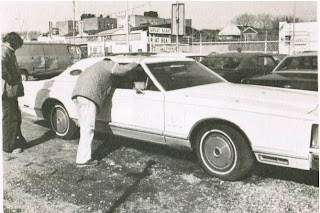 The car dealer gets in for the test drive.  Note the characteristic architecture of the upper midwest in the background.


Dick discusses buying a car with a friend.  Young bearded men and their decor, circa 1979.


A great American land-barge on a rundown car lot.  In the background is the "Great Bear" (which looks to be a bar). 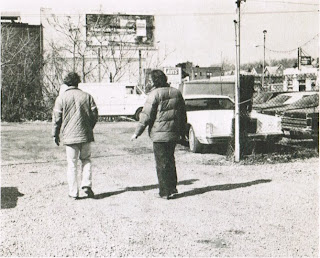 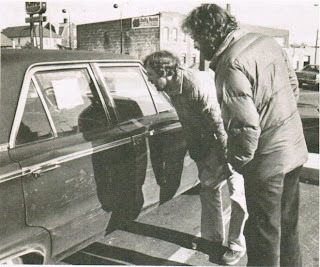 Dick and his friend check out the car lot.  Gravel, chain-link fences, bare trees, and down coats. Avis rent-a-car and Kool cigarette ads are in the background.


Dick and his friend check out the price on a used car--Burger King in the background. Note also the hard winter light--these guys are clearly facing north.