My graduate seminar this quarter recently read a section of Baudrillard’s wildly ignored book of 1983, Fatal Strategies (appearing in English a decade later).  This inspired me to dust off a book of interviews with Baudrillard that has been languishing on the shelf unread since its purchase a few months back.  Edited by Mike Gane, Baudrillard Live (Routledge: 1993) collects interviews that appeared in various forums through the 1980s.  There are academic roundtables and more targeted discussions aimed at various magazine audiences (Art Press, Cinematographe, etc.).  An interview that appeared in On the Beach (winter/1984) is particularly interesting (and as always, rather prescient).  Interviewers Salvatore Mele and Mark Titmarsh ask JB to weigh in on the contemporary utility of Marshal McLuhan.  Specifically, they ask Baudrillard to elaborate on his passing remark that McLuhan was an “optimist.”  Baudrillard’s answer is below:

People say, “Nowadays we are no longer in the mass media—today we are in ‘multi-media’, or ‘micro-media.’  The mass media are finished.  We’re not in a mass any more.  We are in the multiplications of the media.  Therefore the analyses of McLuhan no longer function.”


But that is not true at all.  It is a little like Foucault’s analysis with reference to power.  That is, they conduct a similar analysis: ‘There is now a plurality of media.  Everyone will find their own autonomy again, so that small groups and individuals will be able to become ‘emitters’ of media, able to fabricate information.  They will be on cable TV, household telematics, etc.  So that changes everything.  And at the moment the analyses of McLuhan are not so valuable.  They are concerned with a previous époque, when there was a mass, when television was the great medium of the masses.  Now one has other things.  One has video, cable TV, etc.


Well, I don’t think so.  But I don’t think that the problem of general information remains in the way McLuhan mapped it out: that is, general information, be it ‘global’ or ‘micro,” creates the mass.  The mass is definitely not something to do with the ‘millions of individuals’ and so on.  The mass is a form, a kind of inertia, a power of inertia, which is created by the circulation of information as it circulates at the level of national television, the level of local video, etc.  In this sense all information creates some mass.  Therefore, analyses of the media in terms of the mass are always good.  Quite simply there is no need to set up a definition of the masses as millions of assembled individuals.  The mass is something else.  It’s a mode of circulation and inertia.  In this sense it is the event of the modern world.  That is, we have to deal with, at the same time, a kind of acceleration of information, etc., and at the same time, in parallel, with a kind of indifference which grows and grows—a power of indifference.  That is the mass.  And it can be in any circuit, any medium.  So the fundamental problem of the mass—McLuhan didn’t analyze it exactly like this but it amounts to the same thing—the mass is ‘always’ increasingly present.  One must not believe that it is all resolved by smashing up the major media, by making the small media.  No, that has not changed the problematic as a whole.  Is information really information?  Or on the contrary (no, it’s not ‘the contrary’), will it produce a world of inertia?  Will it produce, by its very proliferation, the inverse of what it wants to?  Doesn’t it lead to a world, a universe in reverse, of resistance, inertia, circulation, silence and such like?  It is for this reason that it is fatal: it is by information that one is supposed to bring consciousness to the world, to inform and awaken the world, but it is this very information through its very media which produces the reverse effect.

As this interview dates from 1984, Baudrillard was obviously responding to only the earliest stages in the fragmentation of the “mass media” through VCR and cable technologies. But his basic critique seems no less salient in the subsequent proliferation of digital media and the attending rise of market fragmentation, niche-casting, and that “emitter’s” forum extraordinaire--the blogosphere.  If anything, this migration to more targeted and potentially “interactive” platforms only redoubles this “inertia” of informational excrescence.  Information has never been more widespread, available, and useless, and it would only appear to grow increasingly so.

For example, it seems apparent that the election of Barak Obama, far from being a transformative moment in aligning grassroots politics and the Net, was instead only the viral celebration of a compelling political meme.  How else can one explain the very real inertia—both social and political—that appears to have solidified since the televised ecstasy of the election a year ago?  Issues that were once seemingly a vital component in the political theater of Obama’s election—Iraq, universal health-care, global warming—have gradually slipped back into a procedural morass of non-activity.  Who right now does not feel that sense of deflation, a draining that can only be attributed to the media’s ability to produce, circulate, and amplify “information” on such a scale that the only possible result is a kind of mass paralysis?  The political process once again seems to be of another order, something that happens “on TV” and thus beyond the control of those who only 12 months ago gathered to celebrate “change we can believe in.”  Fittingly, most “political” media—whether originating from NBC news or a blogger’s back bedroom, have taken to engaging the “failures” of the administration’s first year as one of “messaging.”  The questions once again have little to do with policy and more with judging which side’s information machine appears better suited at generating its own reality.

Was Obama-mania, in the end, a type of mass narcissism?  “We” (i.e. liberal lefties) enjoyed having so much attention and information invested in “us,” but now that the thrill of the campaign is over, now that we have yielded our secret and this narrative of triumph is complete, this “energy” has once again dissipated across the masses as a vast capacitor of impossibility.  Memes of angry wingnuts, spectacularly tragic ignorance, and (most irresponsibly) simmering insurrection now play better in heavy rotation than the cock-fight of race, gender, and age that animated the primaries and campaign.  In this respect, perhaps the conservatives were correct:  campaign-Obama was a figure of incredible fascination, a spectacle of race, redemption, and “revolution” so compelling as to generate, temporarily at least, the heat of apparent movement, a sense that the “political” might operate once again as something other than simulation. 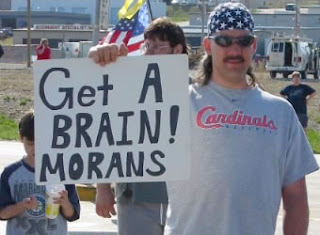 But in the end, it would seem the story of politics remains more compelling than politics itself. Perhaps the “mass” can not be governed through representational democracy because, as Baudrillard argues, this mass is not an aggregation of individuals but is instead a structural force that simultaneously accelerates information even as it retards understanding/action.  Having staged the greatest simulation of earnest political transformation in our lifetimes, now it seems there is little for Obama to do but live in the very same “shadow of the silent majorities” that engulfed Bush over the past 8 years.  The very forces that elected Obama are once again collapsing into a dense body impervious to all “rational” engagement or mobilization, capable only of consuming (and potentially resisting) the hours and hours of commentary, analysis, and inquiry that attempt to give meaning to this void of indifference.  This “mass” apparently already understands quite well that “politics”—such as they are—do not happen in the Congress or White House anyway, but are the frisson produced when historical contingency and electronic signification hit the social as an immovable object.
Email Post
Labels: Conventional Politics Fatal Strategies It's Academic New World Order Theory Habitus