I Have Seen "The Sinful Dwarf" 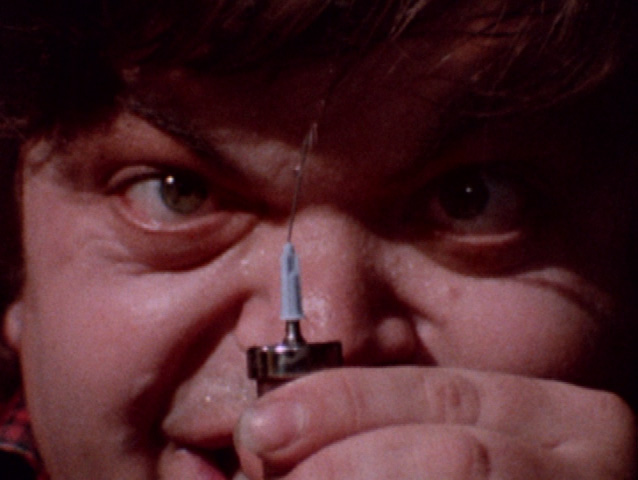 For cinephiles, few things are as tragic as a “lost film.”  Historically, otherwise reasonable individuals have driven through landscapes of heartrending destitution and poverty to attend a screening of Greed, more upset about Greed’s missing reels than the junkies, prostitutes, and soot-encrusted guttersnipes that hinder access to the theater’s adjacent coffee bar.  I can’t say for sure, but I would imagine such concern over the fate of a missing pre-war Columbia B-film afflicts men more profoundly than women.  Unfortunate toilet-training regimes are probably at fault.  If every film in the world could be found, saved, and cataloged, perhaps then I wouldn’t have to check and see if I turned off the stove seven times each morning before leaving the house.  I’m sure there are also probably missing paste-ups of old Archie comic books and misplaced color plates for sad-eyed Keane prints, but as these do not possess the hallowed cultural value of a cinematic offering like Ma and Pa Kettle’s Rocket to Venus (1958—assumed lost), no one seems much concerned about them.  As always, the cinema is special and different.
Would that this malady could be pinned entirely on the art-film crowd, but sadly, craphounds seem equally obsessed by this futile pursuit to make the cinema whole again.  And so we have The Sinful Dwarf, a Danish sleazer that went missing shortly after soiling the screens of Europe in 1973.  It should give us all no small degree of anxiety to realize there are actually people in the world who would notice The Sinful Dwarf had disappeared in the first place, and that they would be so actively concerned about its absence.  Happily (for them at least), a print of the film was recently unearthed in a janitor’s closet at the Danish Film Institute.  First thought: perverted janitor.  But upon further reflection, I’d like to believe a janitor from long ago was simply doing his part to fulfill the DFI charter by hiding this national embarrassment from the rest of the civilized world.  Of course, now that it has been found, The Sinful Dwarf has quickly made its way to DVD so that those haunted by the film’s 30-year absence might at last find peace.  I have seen this DVD. 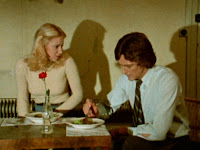 The Sinful Dwarf is about a sinful dwarf…and his disfigured mother who was at one time a cabaret star.  Together they run a seedy boarding house complete with a brothel of heroin-addicted sex slaves in the attic.  “Olaf the Dwarf” (Torben Bille) appears to be in charge of finding new girls for the operation while his Mom (Clara Keller) punctuates the film with three Whatever Happened to Baby Jane? production numbers in the parlor (inserted, it would seem, so that we might have a few brief moments respite from Olaf’s relentless commitment to sinning).  When an aspiring British writer and his sexy wife move into the house, we assume (correctly) that the film will ultimately revolve around whether or not Olaf and his mom can find a way to add Posh Blondington to their stable (like so many exploitation films, the truly awful acting of Tony Eades and Anne Sparrow as the British   newlyweds becomes infinitely more interesting here than any of the sinful spectacle proffered for view.  Imagine if Diane (Shelley Long) from Cheers were cast to play an upper-crust London newlywed forced to live in a decaying boarding house with a leering dwarf—and that she had no time to rehearse beforehand—then you will have an idea of the tenor of Sparrow’s performance).
Just how sinful is this dwarf, and by extension, the minds that conceived this film?  The movie opens with a mentally disabled young woman playing hopscotch (and as this is a sexploitation title, her caretakers have encouraged her to do so without a bra). Up wanders Olaf—sin in his heart—with a mechanical plush toy that he uses to lure the woman back to the brothel (with the promise of yet more toys).  You have to figure that would cost you at least 50 millennia in hell, but Olaf makes things worse for himself by also administering the brothel’s extensive heroin regimen.  Every other scene, it seems, he is off to the attic to inject the girls with their daily fix, all in an effort to keep them docile and compliant for the parade of pale, skinny Danes and Brits that come along to indulge—not so much in the world’s oldest profession—but in raping comatose drug addicts.

My theory is this entire film was conceived in a single, monumental misreading of a key scene in John Waters’ Pink Flamingoes, which had appeared to great notoriety the year before.  In Waters’ film, a couple bidding for the honor of “filthiest people alive” run a lesbian adoption service that depends on their gay butler inseminating kidnapped runaways.  The kidnapped girls live a life of horror and deprivation atop a couple of soiled mattresses in the basement, their conditions and (female) bodies so abject that the gay butler finds he would ultimately prefer impregnating them with a syringe.  It is my belief that Harlan Asquith, screenwriter of The Sinful Dwarf, saw this scene in Waters’ film and—it being the confusing ‘70s and all—found it strangely erotic rather than hilariously offensive.  Waters’ queer satirical excess thus finds itself rather horrifically recast here as straight sleaze played as straight.  While most hetero-men would probably still have enough sense to keep secret their fantasies of stocking the attic with a bevy of nude junkie sex slaves ripe for daily “injections,” Asquith seems to have made the more embarrassing decision to displace his own childhood sexual psychodramas onto the figure of a dwarf.
And make no mistake about it, this is precisely “Olaf the Dwarf’s” function in the film.  His  “sinning” is purely primal and voyeuristic, concerned more with spying on the sexual escapades of the posh Brit couple occupying a rented room (complete with pre-drilled peephole, Psycho-style).   Cabaret Mom occasionally tells Olaf not to mess with the girls when he’s upstairs giving them their smack, but you sense this really isn’t much of an option since Olaf appears to find the preparation of a hypodermic needle the most erotic act on earth.  In fact, there are very few scenes in the film where Olaf is not displaying a lustful leer of some kind, suggesting—as one might expect of a “sinful” dwarf—that all of existence constitutes his own perverted playground. 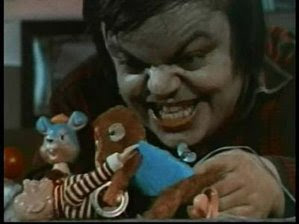 As this is “euro” exploitation rather than garden-variety American smut, The Sinful Dwarf unfortunately aspires to be something slightly more artistic than simply a film about running a rape factory out of your attic.  We know this because director Vidal Raski (in this his only known work—seems like at least HE would have kept a copy) interweaves a recurring visual motif equating Olaf with the many mechanical toys he collects.  When he’s not using them to lure the mentally challenged into his lair, Olaf arranges the toys in various copulation scenarios.  Turns out he is also using cuddly teddy bears to smuggle heroin back to the house (from a dealer named “Santa Claus” no less).  This toy/dwarf motif culminates with Olaf falling to his death (oops…spoiler alert) where--through a strange combo of fast-motion photography and clicking tongue movements—actor Torban Bille attempts to simulate a wind-up toy grinding to a halt.  This gives pathos and psychological nuance to the previous 90 minutes they otherwise would not have, although I’m not exactly sure what those nuances are.  He thought he was a toy?  He was his mother’s toy?  He was an actual toy?  We’re all toys?  In the end, of course, the “sin” of the sinful dwarf is that he is a “dwarf.”  The film’s entire conceptualization works around the idea of little people as fundamentally uncanny—childlike automatons that the film has no problem amplifying through this rather unsubtle toy fixation.
So, there you have it, The Sinful Dwarf is back in circulation. While I can’t really recommend it to anyone beyond those who have probably already seen it, I guess it is good to have it back in the catalog as an historical document if nothing else.  And if the last print of The Sinful Dwarf and the negative of the new Jim Carrey A Christmas Carol were somehow both trapped in the janitor’s closet of a burning building, I am absolutely certain I would rescue The Sinful Dwarf first (who am I kidding—I’d never go back in for A Christmas Carol—in fact, I’d be a good suspect for lighting the fire in the first place).
See it with someone you’d like to dominate through narcotics.
Email Post
Labels: Deviants and Delinquents England Exploitation Gothic Paracinephilia Sleaze Spectacles of Death Troubling