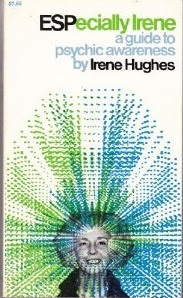 Irene is a psychic, as you can see from the odd dot-matrix emanations spiraling around her head on the book's cover.  From my cursory survey of the early pages, she seems to specialize in space disasters, having had prophetic dreams before the Apollo 1 tragedy as well as the near tragedy of Apollo 13.  Later, Irene shares her thoughts on the science and mechanics of ESP, describing a theory that has a direct lineage to Emma Hardinge and the Spiritualists of the 19th-Century.

The book is very similar to the many other "I am a psychic" titles of the era, but is somewhat distinguished by its  glimpses of city life in Chicago during the 1960s and 70s (many of Hughes' psychic flashes are interwoven with stories of her social circle during the era).  So, while the psychic-stuff is familiar ground, the book might actually be of interest to social historians of the city looking to reconstruct certain social networks of the era.
Ms. Hughes still works as a psychic today, apparently, having transmigrated--like most working psychics--to the Internet.  See below. 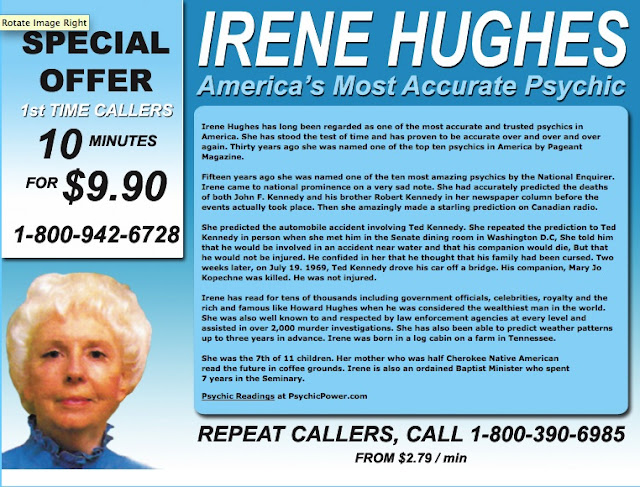