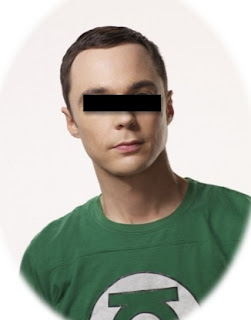 Family History
Subject S. was born in Galveston, Texas in 1980.  Father (G) remembered as a “stereotypical Texan” with interests in hunting, football, and other “masculine” pursuits—deceased with S. still in grade school.  Mother (M) a devout evangelical Christian.  S. recalls repeated attempts at religious indoctrination.  Two siblings: a fraternal sister (M2) and an older brother (G2).  Both unremarkable and apparently socially functional.
Early testing established extraordinarily high IQ (self-reported at 187). Subject’s growing interest in mathematics and science only exacerbated tensions within the home and at school. Advanced intellect and lack of interest in peer pursuits led to extensive bullying. Early evidence of Asperger syndrome (undiagnosed).  Enrolled in college at age 11.  Completed first Ph.D. at age 16, second doctorate at age 20.  One year abroad in Germany.  Age of first masturbatory experience unknown.  Apparently remains a virgin at age 31.
Symptomalogy/provisional diagnosis
At the time of the homicides and subsequent institutionalization, S. had been working for approximately five years at a prestigious university of science and technology in Southern California.  Two male victims (H and L) were co-workers, while L was also subject’s roommate.  Third victim (P) was a female acquaintance of S, H, and L living across the hall in subject’s apartment building.  All victims appear to have been killed by a single weapon—a prized reproduction of a large sword used by “the Klingons” in the television series, Star Track. 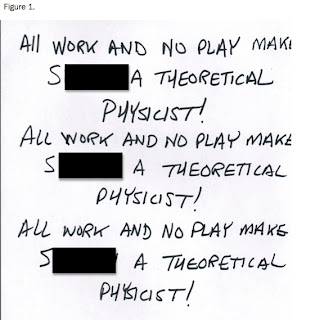 While it is unclear if any single event precipitated S’s violent attack on H, L, and P, subject was heard to be screaming “Big Bang! Big Bang!” when admitted by police to emergency psychiatric ward.  Asked his “occupation” during intake interview, subject showed signs of automatism and echolalia, stating repeatedly, “I am a theoretical physicist. I theorize physics and I exist in theory.”  Subject punctuated this recitation with childish giggling.  Evidence of hypergraphic tendencies collected at subject’s apartment (fig. 1) provides additional diagnostic insight into this ideation.

After administration of haloperidol and a 24-hour course of sedatives, S. engaged in slightly more coherent attempts to explain motivation for the homicides.  Subject appears to have been incensed by L. and H’s “incessant yammering about the social protocols attending coitus” and by L’s inability to master a simple “differential syntagm of cereal box order.”  This fixation, in conjunction with other odd ritualistic behaviors, suggests long-standing and apparently untreated presentation of Obsessive Compulsive Disorder.  Asked as to why he had severed L.’s head from its body and apparently presented it to P before also murdering her, subject protested that L’s head had been employed as a type of “comic knocker.”  When interviewing physician pressed for more information on this odd detail, S. would only respond, “They know what they did.”
Blunted affect indicative of schizoaffective disorder.  Subject also presented with First Rank symptoms of paranoid schizophrenia.  In initial psychiatric interviews, subject insisted that his actions were monitored weekly by “millions of Americans.” Moreover, S. was frequently heard to boast that millions more watched him than the neighboring “community.”  As evidence of his surveillance, S. drew a diagram of his apartment and demanded hospital staff search for three cameras hidden in his living room (fig. 2).  This delusion had become elaborated to the point that S. spoke of his tormentors as Camera “C,” Camera “B,” and Camera “S.”  Subject also expressed delusions of grandeur in his repeated claim that he was “the smartest person currently alive” and that he was a personal friend of actor Wil Wheaton (known primarily for his work in the Star Track television programs).  Partly to humor subject, hospital staff allowed S. to call “Wheaton” during his second day on ward so that their supposed friendship might be confirmed.  When call went unanswered, S. claimed Wheaton was “not home.”  Subsequent court documentation demonstrated that actor Leonard Nimoy (also famous for his involvement in Star Track) and comic book author Stan Lee had previously filed for restraining orders against S.  Subject also expressed severe delusions of contamination, especially related to food preparation.  Subsequent interview with peers confirmed this to be a life-long issue. 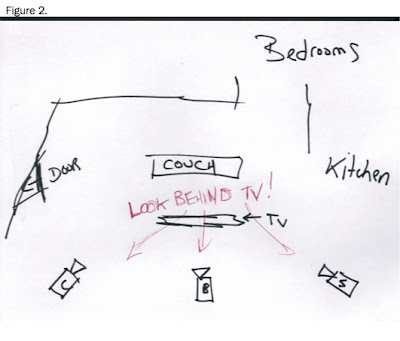 Prognosis
Not good.  Arrival of mother from Texas instigated cascade of pathologically regressive behaviors that, quite frankly, were embarrassing even to seasoned psychiatric professionals.  These included repeated demands for the recitation of a beloved childhood lullaby (“Soft kitty”) and requests for a highly sexualized application of “vapo-rub” to subject’s chest.   Subject also received a brief visit from another co-worker, “R”, who himself appeared to be suffering from various forms of psychiatric distress.  After a short detention, "R" was issued a prescription for valium and released.
Email Post
Labels: delusions Overstimulated Consumers Psychosis Regressive Phenomena The TV