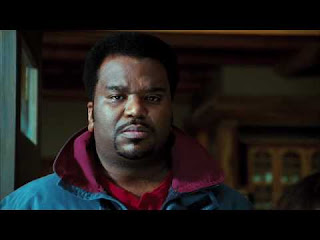 Where the hell is Hot Tub Time Machine?  Why would a studio spend millions upon millions of dollars whipping the nation into Hot Tub Time Machine fever only to have their marketing campaign peak a week early?  I somewhat had a notion to see this a month ago.  After Liz Lemon actually did go see it last Thursday on 30-Rock, I felt even more validated in indulging some corporately-sanctioned bad taste.  Craig Robinson's revelation, "It must be some kind of hot tub time machine," is the type of self-aware high-concept poesis you almost feel obligated to reward---especially given that the device itself is apparently triggered by the submersion and possible drowning of a squirrel.

Friday, March 19:  ready to go, ready to lay my money down.......Sorry, doesn't open until March 26.  Too bad, nameless executives, by next Friday I will be in line to see another movie about going back in time to the moment I still wanted to see Hot Tub Time Machine.

Unable to access HTTM, I went to the Whitney Biennial instead (at the Whitney Museum of American Art through May).  Below is my report on various rising and falling trends in the world of contemporary art, as based on an afternoon tour of the 2010 Biennial (and in comparison with the 2008, 2006, and 2004 exhibits). Please note, certain artworks may figure in more than one category. Also note, I have no official qualifications in art criticism, so the following observations should not be taken as a foundation for any future investments in economic, cultural, or symbolic capital.
Key

(**)  Videos with people yelling at you

(<<)  Rube Goldberg, MFA
(>>)  Videos featuring images of American consumerism made sinister through the use of red filters and brooding industrial music
(**)  "Look what I found!"

(<<)  "Is that still part of the exhibit?"/"Did someone accidentally break that?"/"Why didn't s/he finish this piece?"

(**)  Things considered as or within a grid

(>>)  Michael Jackson invoked as emblematic of something 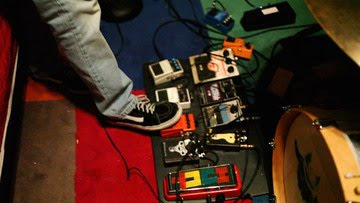 Best of show: “Detroit” by Ari Marcopoulos.  Video of two teenage boys manipulating feedback through a rack of guitar pedals/fx boxes, reveling in the sheer joy of creating a shifting wall of awesome noise.  Let me be the first to nominate them as the curators for the 2012 biennial.