The death of John 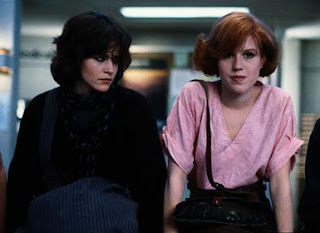 Hughes in New York this week no doubt made many people wonder, “what ever happened to John Hughes?”  An industry onto himself in the 1980s with a zeitgeisty run of teen/family comedies, Hughes had not directed a movie since his box office flop of 1991, Curly Sue.  Last year I was asked to contribute to a DVD bonus documentary accompanying a box-set of 3 Hughes titles—The Breakfast Club, Sixteen Candles, and Weird Science    (thematically related in that they were all owned by Warner Brothers). It was a real challenge because, in truth, all of his films from that era ran together in my mind.  I had to stop several times so I could try to remember whose underpants ended up where, which boys were dreamy and which were creepy, and what narrative purpose Long Duk Dong fulfilled.  And I’m sure they had to edit down my extended rant over Ally Sheedy’s cruel makeover in The Breakfast Club (take the one arty girl in that whole school and turn her into another perky gum-snapper.  Why couldn’t Sheedy’s character have convinced Ringwald to go Goth, room with her at Smith, and study experimental poetry?)

When I asked if Hughes himself was participating in the documentary, the producer grimaced as if hit with a traumatic flashback. “We’ve asked several times,” she said, “but he doesn’t want to have anything to do with that part of his career.”  I was led to believe (again, by a producer at the WB bonus-doc DVD unit) that Hughes was less than happy about his experience in Hollywood and was now living as a virtual recluse in Chicago’s north shore suburbs.  He continued producing through the 90s and wrote several screenplays under the pseudonym Edmond Dantes (Drillbit Taylor was his, seem familiar?).  But as far as directing went, he was out of the business.
At one point during the interview, the producer asked me to discuss Hughes’ major strengths as a director.  Again we had to stop tape because…well, she had to be kidding, right?  I mean no one ever thought of Hughes as some brilliant stylist, nor did it seem like he facilitated amazing improvisational acting on the part of his teen casts.  The Hughes’ canon always seemed the essence of workmanlike, don’t get in the way, on-budget/on-time Hollywood product.  I think I emphasized his “vision” resided in the writing and in an ability to coax convincing performances out of young actors—but there didn’t seem to be anything much to say about style. 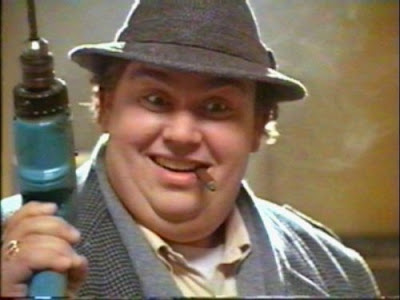 Thinking about it later, though, there is one John Hughes film that always struck me as a bit different from the rest, at least in terms of tone (the murkiest of all cinematic properties).  Uncle Buck, released in 1989, featured John Candy as a downscale Chicago schlub who is suddenly charged with taking care of his more affluent niece and nephew in the ‘burbs.  Because of its less than stellar box-office and one presumes cheap licensing fees, Uncle Buck seems to turn up on cable every other week (if you have On Demand, you can probably demand it this very second).
The plot itself sounds less than remarkable.  Uncle Buck has a troubled relationship with his more successful brother and sister-in-law, not to mention his on-again, off-again girlfriend who works at a downtown auto shop.  When an emergency forces the brother and his wife to go on a quick trip to Indianapolis, Buck must drive out to the north shore to watch after his nieces and nephew.  There are a few comic set-pieces as Buck brings a working-class sensibility to the daily tasks of suburban domestic labor, but for the most part, the film settles into a battle of wills between Buck and his teenage niece. 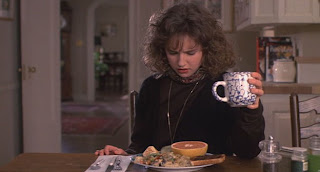 Tia is what passes for a “girl at risk” in Chicago’s upper-middle-class northern suburbs.  She might finish high school with good grades, go to a good college, and return to Winnetka as a young professional; or, she might get knocked up by her Flock-of-Seagulls boyfriend, marry too young, and end up as an assistant manager at the mall's Hallmark store.  Most of the conflict centers on Buck keeping Tia away from Seagull boy (who we know is really no good), including a couple scenes where Buck threatens Tia’s privileged new waver friends with a good old fashioned Chicago beat-down.  There’s a really hackneyed side plot in which Buck’s long-suffering girlfriend believes he’s having an affair with a suburban floozy (all a misunderstanding of course).  In the end, Seagull boy reveals his one-track mind, Buck and Tia bond, Buck proves to brother he’s not a complete imbecile, and Buck realizes he needs to get his own life-cycle shit together by taking the next step with his girlfriend.
All in all, it’s a fairly unremarkable film—which, strangely, is what makes it somewhat remarkable within Hughes’ run of eighties hits.  By unremarkable, I don’t mean mediocre; rather, it’s an oddly simple and unambitious story, more a character study of Buck than another romp through the escalating teen shenanigans of Ferris Bueller or Sixteen Candles.  It’s not even really a good comic vehicle for John Candy, opting for sentiment over slapstick at every turn (although Candy does get to punch out a drunk clown at one point).
Even more unusual is the film’s commitment to exploring an almost “regional” aesthetic.  As many know, all of Hughes’ films were set in his hometown of Chicago (and even more specifically, on the city’s north side).  When not made an explicit focus of the film, as in Ferris Bueller, this setting was implicit in Hughes' decision to shoot in his own north side neighborhoods.  While Uncle Buck is certainly not regional cinema on the same order as Guy Maddin’s My Winnipeg or David Gordon Green's George Washington, its character stakes and plot are significantly informed by the ethic and class histories of the city.  Happily, Hughes had enough sense not to take on the city’s more defining social divides of northside/southside, white and black, but here he at least ventures somewhat nearer the Loop itself to address the differing class trajectories of the city’s ethnic whites.  Buck and his brother obviously come from the same family tree—but brother’s ascension into the manicured lawns of Winnetka, complete with a more waspy wife, Macaulay Culkin as a kid, and the requisite luxury sedan in the driveway, suggests an emigration away from his ethnic roots in the city's older neighborhoods.  Buck, on the other hand, still goes bowling, drinks beer, and dates the brassy Chanice Kobolowski (played by local Amy Madigan), reaffirming his heritage in the city’s earlier waves of eastern European immigration.  None of this is rendered so obliquely as to be illegible to non-Chicagoans (who only need to know Buck is a bachelor slob compared to his richer more uptight suburban relatives)—but there is a regional flavor here more pronounced, or at least more significant, than the Chamber of Commerce approach taken in Ferris Bueller. 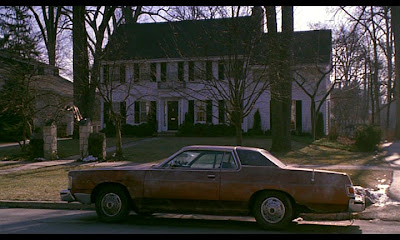 I can’t say Uncle Buck is a film I would recommend going out of one’s way to see—still, given how Hughes had so perfected the multi-protagonist teen comedy (and probably could have made a dozen more), it is interesting that he would choose to make a film only tangentially related to the teen soaps he pioneered, opting instead for a quiet character study rendered with an almost naturalistic detail to regional markers of class and ethnicity--a touch perhaps best captured in the recurring image of Buck's snow-rusted '75 Mercury Brougham prowling the streets of Hughes' own upscale neighborhood.
Email Post
Labels: Cinephilia Intentional Comedy Regional Conflicts