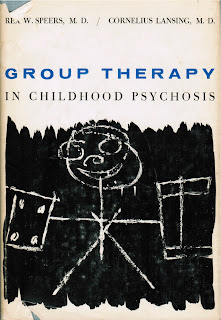 As an integral part of the program, each family hired a colored "mammy" who was to be in the home 8 hours a day, 5 days a week, to relive the mother of responsibility for the physical care of the sick child as much as possible.  She was instructed to play with the child at whatever level he wished and to gratify as many of his wishes as possible.  We had hoped the "mammy" would proved the child with an alternative to the constant anxiety-provoking interaction with the mother.  In practice, however, we discovered that the mothers' jealousy prevented them from hiring the desired type of "mammy."  In most cases a maid was hired to perform the household duties, while the mother continued her intense interaction with the child.  In those instances where an adequate "mammy" was hired, the tensions resulted in her being dismissed within a short period of time.  The mothers withheld information about the "mammy," and it was only when the social scientist made home visits that inadequacy of the hired maid was discovered.

Given that autism/psychosis in children was, in the early 1960s, generally thought to be the fault of "icebox moms" (emotionally detached mothers), using grant money to hire a "colored mammy" for each patient probably made a lot of sense.  Still, it would be interesting to know if and why the supervisors of this study insisted on African-American help in the psychotic home (all of the children in the group are white).  No doubt this logic (presented here as self-evidently scientific) was based on the racist legacy of the "mammy" as an inherently nurturing being--a "magic negro" whose open heart and folksy wisdom could distract the psychotic child from the emotional train wreck that is the skinny, uptight, frosty, white mother.  Astounding.  Someone write a dissertation about this immediately so I can read more about it.