"The Five:" Fox After Beck 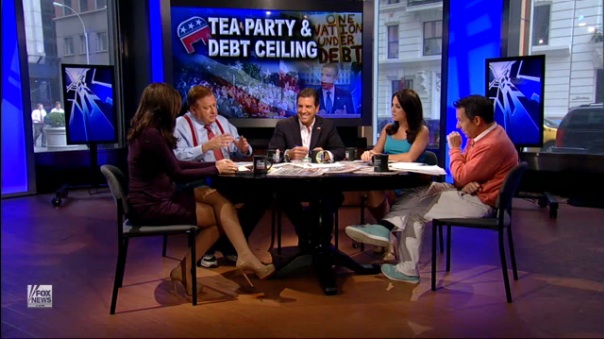 With the untimely institutionalization of Glen Beck, Fox News faced a momentary hiccup in their nightly procession of puffy male blowhards and the icy blonde women who serve them updates at the half-hour breaks.  Beck, you might recall, had set himself the seemingly impossible goal of concocting a theory so horrifying that it might reasonably be considered an insult even to Adolph Hitler.  But, like an Icarus aloft on wings of steaming bullshit, Beck flew too close to the infotainment sun and fell like a great corn-fed turd into the sea of psychosis.  When a Fox intern stumbled upon Beck coating gold bricks with his own semen, network executives knew he had to go. 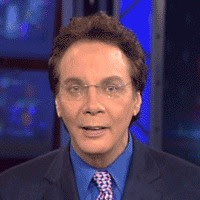 How does one replace a legend like Beck?  After a quick tour of bankrupt carnival auctions and compulsory telemarketer retreats yielded no promising leads, Fox decided to reach back into its old playbook and resurrect the classic “Colmes” strategy.  Alan Colmes, you might recall, heroically sat opposite troglodyte Sean Hannity for a number of years, ostensibly to argue the “liberal” side of various political issues, but mainly to serve as the Fox demo’s collective instantiation of mealy-mouthed liberalism.  Bespectacled and obsequious, Colmes got bulldozed pretty much every night, his highbrow philosophizing no match for Hannity’s monobrow “common sense.”  After each pummeling, one imagined him in the Fox commissary—tie dipped in his mashed potatoes—getting jumped and noogied by Brian Kilmeade.
The origins of the fabled Hannity and Colmes, by the way, remain shrouded in mystery.  Some say Hannity hand-picked Colmes to be his servile adversary.  But there is also the rumor that Colmes once ran a famous bear-baiting act in the Ukraine, and that after unwittingly camping one night in the shadow of Chernobyl, his best working bear, Aleksei, gradually began to shed his fur and—incredibly—develop a limited capacity for human speech.   Shunned by the local community and subsisting on old fish heads tossed from the Kiev Zoo, Colmes and Aleksei were eventually spotted by a Newscorp scout who saw something promising in the talking bear’s gruff taunting and bemused swatting of his former keeper.  Groomed, indoctrinated, and given the Irish-friendly moniker of “Hannity,” “Aleksei the Argumentative Bear” has gone on to enjoy a lucrative career at Fox and on the radio.   Or so some say.
At any rate, Fox is too smart to simply return to such an obvious propaganda vehicle as a nightly pitting of hawk v. sparrow.  So, with Beck gone, the network has debuted a new hour-long punditfest called The Five (five pundits who appear each night at five o’clock EST—hence, the “five.”)  And it may be the most brilliant move by Fox yet.  Knowing that conservatism continues to be associated with the hopes and dreams of old white men looking to crush the hopes and dreams of those who are not old white men, Fox has decided to “flip the script,” as they say, and make The Five a forum in which a quartet of photogenic young conservatives tease and trouble one bedraggled old liberal—in this case, former CNN Crossfirer Bob Beckel.  Much as Colmes excelled at playing the “NYU anthropology professor who is against handguns—until his own wife is mugged in the street” type of liberal, Beckel would be central casting’s first choice for playing a Democratic machine union enforcer, drunk by five on the steps of his Chicago stoop but still ready to pull levers for the dead in the local alderman election. 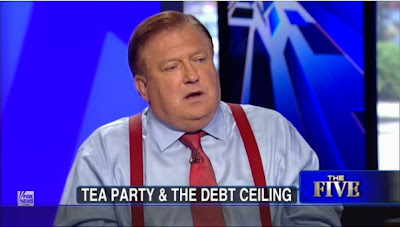 I’ve only seen a few minutes of The Five since, like any reasonable person, I don’t want my head to explode from consuming Fox product.  From what I have seen, however, Beckel plays his assigned role perfectly.  While everyone else on set is bright, chipper, and (I’m almost certain) better miked, Beckel slouches, yawns, mumbles, and otherwise puts forward the Democratic position with all the zeal of the last remaining alchemist on staff at DuPont.  The message is clear: liberalism is your father's or even grandfather’s ideology, and boy is it ever a tired one.  The younger, fresher Foxes, meanwhile, treat Beckel—not with the contempt and sarcasm Hannity employed in trouncing Colmes every night—but with that patronizing kindness the young always use with the elderly and out-of-touch—much like when your grandmother drops the “N-word” at a family gathering and everyone under 40 makes the mental calculus that she’ll be dead before she can be reformed, so let's just smile and talk to her as if she’s not really there.   Except here they do that whenever Beckel questions the premise that tax cuts for the rich = more jobs. 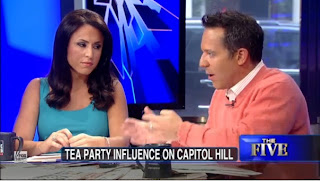 As an added bonus, the new format also allows aspiring Fox conservadroids an excellent opportunity to hone their on-air skills before tarrying with more dangerous prey (unlikely, given Fox’s protocols for generally keeping smart lefties off its feed, but you never know when one of these prospects might get trapped in a room, on camera, with someone who might actually rip them a new one.  Plus—Fox must realize they eventually need to turn to their farm system in order to re-staff the media embarrassment and national nightmare that is Fox and Friends).  In this respect, Fox has brought in Beckel in much the same way that a mother lion deposits a wounded wilderbeast before her cubs, letting them find the jugular for themselves so that they might stand a chance if cornered by Rachael Maddow at a midtown media mixer.
Will it work?  Who knows?  But I am looking forward to the new Fox News Project:  You Kids Get Off My Greedy Entitlements, wherein Robert F. Kennedy, Jr. must defend his twitter and Facebook feeds from a rotating pack of College Young Republicans, each chosen for their skill and dexterity at incendiary texting.
Email Post
Labels: Conventional Politics Fatal Strategies The TV