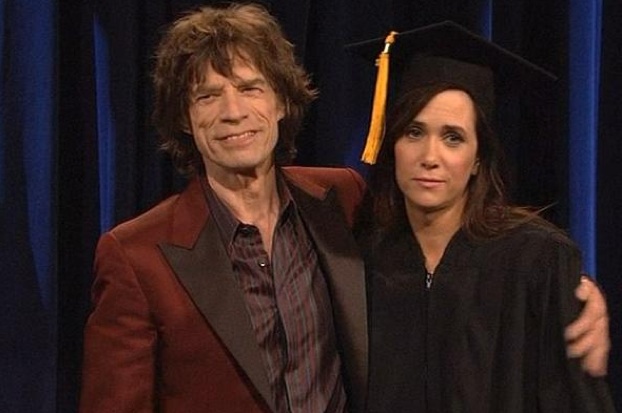 Many TV fans got misty-eyed this weekend at the sentimental farewell to 7-year SNL veteran Kristin Wiig.  Pulled on stage as a graduating senior by Mick Jagger, Wiig was treated to heartfelt versions of "She's a Rainbow" and "Ruby Tuesday," which all agreed were somehow appropriate to the situation.  Less remembered, however, are some of the more embarrassing final SNL appearances over the years.  Below, a quick recap, ranked in no particular order of ignominy:

1. Remembered primarily for his mute takes on pop second-bananas like John Oates and Andrew Ridgeley, Chris Mattelback ('06-07) left SNL after only two seasons. As a going-away tribute, fellow cast members stood in a silent circle during the final commercial break of the '07 season, miming a round of pretend sarcastic applause.  A confused Mattelback returned to his dressing room only to find his pink slip.

2. Roundly despised by her fellow cast members in the 1986-87 season, Melissa Morgan ('86-87) arrived at 30 Rock for the new fall season only to find a cardboard box with all her personal effects dumped on the main stage.  Her fellow cast members had taken the time and effort, however, to each piss on the box individually.  The usually mild-mannered Jan Hooks felt so strongly about the matter as to leave a deuce in Morgan's "ridiculous goddamned potpourri basket."

3. Bemused by his unrelenting demands to "alienate' the audience with more confrontational material, SNL writers duped "conceptual" comedian Mike Hunt ('79-'80) into a bit where he pretended to join a a very real SLA splinter-cell and then lead a fake press conference denouncing Lorne Michaels as a counter-revolutionary pedophile.  From 1981 to 1987, Hunt continued his performance at the Leavenworth Federal Penitentiary.  He is now believed to operate an organic food cart on the campus of Arizona State University.

4. A notorious gambler, Groundlings wunderkind Chad Thompson ('95-98) simply went missing in the middle of his third season.  Most assume he is now part of a parking structure somewhere in Newark.

5.  Candy Mellons ('81-82) was one of the few SNL members forced on the cast by nebulous "higher-ups" at NBC.  Mellons specialized in playing strippers, prostitutes, and bar floozies, usually with only a single line or no dialogue at all.  Unhappy with her typecasting, Mellons left the show over "creative differences" when the writing staff refused to consider her sketch, "Busty Life-Vest Tester," a bit about a woman who has such large breasts that she proves very ineffective in her job testing life vests.

6.  After a notorious Rolling Stone interview in which he claimed to be the emerging creative voice on the show, Dirk Madigan ('89-90) was beaten to death by three unknown cast members wielding pillow cases stuffed with oranges and bars of soap.  In a tribute to the SNL code, the identities of Madigan's killers remain unknown to this very day.

7.  In a case still widely debated by Forteans the world over, 1986 SNL-rookie Bill Katarski can be seen apparently combusting spontaneously during the closing credits of that year's Thanksgiving episode (NBC would later respond to the rumor by claiming this "explosion" was an optical illusion produced by a smoking light gel).  Producers announced early in 1987 that Katarski had left to pursue a movie career, but as he not been seen since, the mystery still lingers. 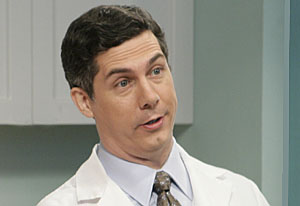 8.  Though he has largely rehabilitated himself through his stellar performances on NBC's 30-Rock and ABC's Suburgatory, it was curtains for Chris Parnell ('98-06) when he interrupted a live sketch by stumbling onto the set, nude, with his penis stuck in a bottle of Jack Daniels.

9. Vince "Bones" Costellini ('02-04) briefly rocketed to fame during the 2003 season with his character "Tony, the mafia guy who really, really likes to watch big trucks unloading at the dock," best-known for his catchphrase, "Whoa, whadda load!  Costellini looked to have a bright future at SNL--until his odd detour into an unscripted rant about the holocaust during an otherwise forgettable Jeopardy parody.

10.  Six minutes into an eight minute sketch about "The Rebarbs," a typical American family where each member just happened to have a two-foot section of rebarb through the skull, journeyman character player Keith Wyndam ('02-05) suddenly dropped to his knees, produced a hari-kari knife, and looked to the heavens mouthing, "This is for you, Del."  Alert stagehands jumped Wyndam before any blood was spilled, and the troubled player was immediately escorted to Bellevue. But his protest was not in vain.  SNL's writers retired "The Rebarbs," replacing them with a new recurring skit about a typical family that incorporated a variety of dildos and vibrators in their daily lives, apparently without understanding the sexual function of these items.
Email Post
Labels: Deadish Media Intentional Comedy The TV