The Girl from Pawnee 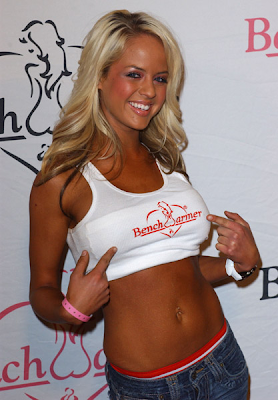 Editor's Note:  What follows is crap.  As it turns out, Parks and Recreation would go on to be the only decent comedy on network television that year.


Back when NBC was still riding high, Thursday primetime was the jewel of the crown. Friends, Seinfeld, and ER were platinum tent poles that could support innumerable Single Guys, Sudden Susans, Carolines, Wills, Graces, and other young white urban professionals looking to balance the demands of a career, romantic life, and the big city. No more. Friends and Seinfeld are long gone, of course, and ER is finally exiting this season with a whimper rather than a bang. Looking back, the comedies in particular seem increasingly dated, transmissions from that strange reality we all only vaguely remember before Bush v. Gore, 9/11, Iraq, and Great Depression 2.0. Not only do the go-go ‘90s increasingly seem like a distant fever dream, so too does television itself. The hubris of Thursday’s “must see TV” now settles for the more workmanlike “comedy done right”—a promise of basic competence that comes with seeing your audience dwindle by two-thirds. GE once offered Jerry Seinfeld part ownership of the company to stay in production; now Tina Fey begs on the Emmys for someone, somewhere to watch her show in some format, any format.

The rest of this article can be read at FlowTV
Email Post
Labels: Intentional Comedy It's Academic Regional Conflicts The TV