I Love My Switchblade 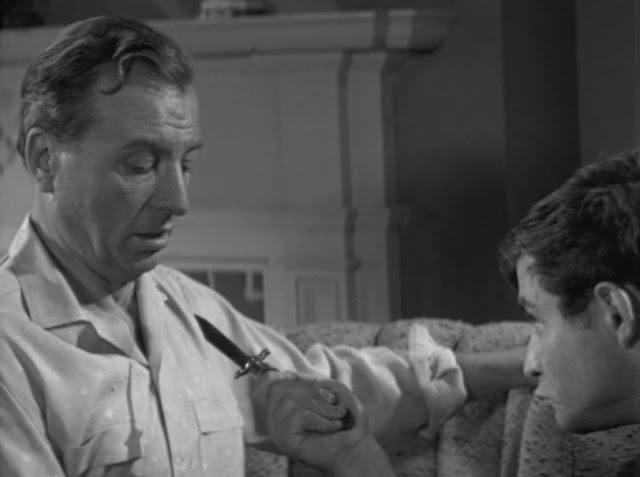 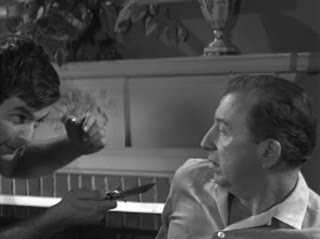 Man oh man, do I ever love my switchblade. It's boss, man, real cherry, and I take it everywhere I go--Pop's Garage...the malt shop...down to the passion pit.  I take it everywhere I go and no one messes with me cuz they know I'll cut 'em.  They know I'll do it cuz they've seen me do it.  Yeah, I've cut my share of goofs and greasers. Just try frosting me and you'll find out too, real good. 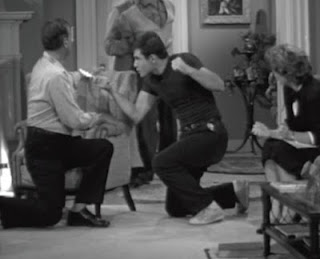 It's funny.  Most of the time I feel like a real zero. But after me and Vic make the scene with some bennies and yellowjackets, like, I'm in orbit man, and all I wanna do is stab.  Vic, he wants to take some paper shaker to the submarine races.  But not me, man, I wanna stab something. I just flip out and get all coiled up like a Cobra. Real gone, man, ya dig?   And I wanna stab something real bad. 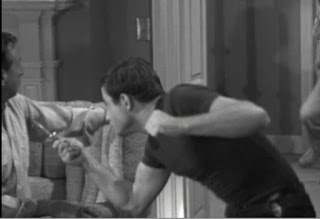 Sometimes Vic says I shouldn't stand so close when I got my blade out.  Says there might be a tack-ta-kill advantage to steppin' back a few feet so Joe Citizen can't slap the blade away.  But I say nertz to that.  I wanna be up there real close, right up in his radiator. "What's buzzin', cuzzin?" I say. "Make one move and I'll stab you...right in the throat!" 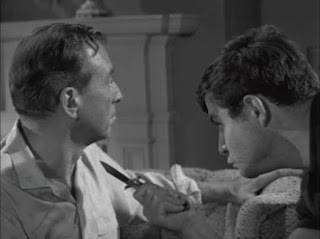 Vic says this time we're just gonna rattle their cage and to stay cool.  Just rough 'em up a bit and then we'll agitate the gravel over to the Pete's Burger Shack.  But man, it would be the canary's cumberbun if this Norman would just give me a reason to stab him in the throat.  Or if I can't stab him, maybe Vic would let me punch him right in the kisser.  I'll keep my blade in one hand and make a fist with the other, just in case.  Maybe he'll try to make like vapor out the door and I'll get to punch AND stab him.  That would scream, man, really wail, especially the stabbin' part.  Punchin' Daddy-O would be okay, I guess, but I'd much rather stab him...right in the throat.  I even put on my stabbin' threads tonight, the ones that conceal the ketchup real tight, dig?

What?  Man, wadda drag. Time to split and no time for stabbin'.  Maybe next time, pops, maybe next time.  See you on the flip side.