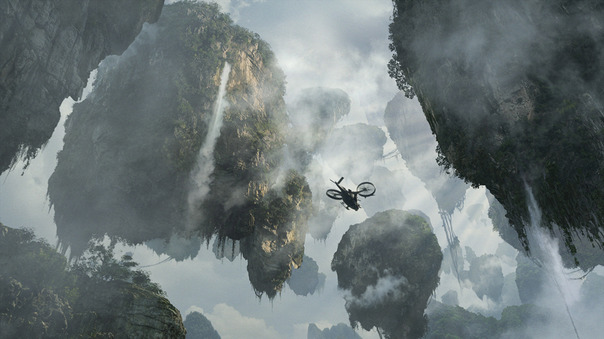 Yesterday I made a cheap joke about Avatar (still unseen--working up the courage) looking like the world's most expensive album cover by Yes--esteemed proggers of the 1970s.  Turns out I'm not the only one to notice that Cameron's vision for the film comes (unconsciously, I'm sure) straight from the post-hippie cosmic stoner imaginary.  Roger Dean was the artist behind most of the Yes covers, including what may well be the single most excessively indulgent record of that excessively indulgent era: Tales from Topographic Oceans (double elpee with 4 songs in total--each based on an ancient Sanskrit text).  At the height of the band's popularity in the late '70s, Dean's work also appeared on a series of posters sold in mall-based pseudo-headshops (like Spencers Gifts...if anyone remembers those dens of sandalwood iniquity).

For those who want to get out ahead of the outrage, below are some examples of Dean's work.  For all its groundbreaking motion-capture technology, Avatar appears to remain indebted to a school of boomer-era science-fiction that still thought other planets would be like Earth-- only freakier, man. 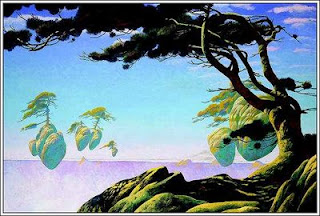 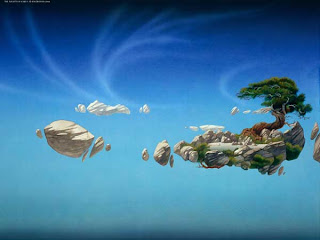