That Dude in Your Lit Class with the Backwards Baseball Cap Reviews: "Daisy Miller" by Henry James 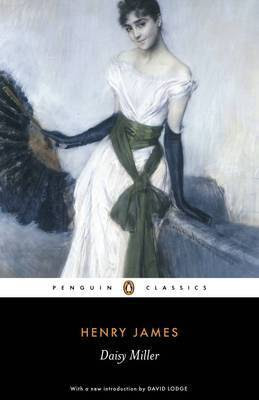 So this story is about this guy in Europe called Winterbore who goes to visit his aunt because his cousin is a loser who drops the ball on that kind of stuff.  One day Winterbore is outside just chillin’ and taking in some sweet rays when all of a sudden who shows up but this bodacious American chick Daisy James, the girl for which the book has been titled.  She’s really a stuck-up bitch at first but Winterbore finally gets her talking and before you know it she won’t shut up.  But he still really wants to get with her because she’s so smokin’ so he asks her to go on a date to this old castle that’s across the lake.  Later on he’s asking around about Daisy and it turns out she’s from a rich American family that all the uptight Europeans hate because the family is all in your face about how great America is all the time, especially this hilarious little kid with no teeth who keeps telling everyone that their country sucks and he wants to get back to Schendectady asap.  They also don’t like Daisy because she doesn’t do all the shit girls were supposed to do back in the olden times.  So Winterbore takes her to the castle and I think they hook up or something because he pays the Castle guy to go away and leave them alone for awhile, even though all they seem to do is talk.  A lot!  After that Winterbore has to go back home for awhile and this makes Daisy mad because, like, the sun seems to revolve around her and if she doesn’t get what she wants she gets really pissed.  In my experience hot girls can get away with this kind of stuff because guys will put up with a lot of shit to be around them, and so it seems like this has probably always been the case.  Anyway,  later on Winterbore goes to Rome and runs into Daisy again, except this time she’s really running wild with a bunch of guys, especially this Italian dude who everyone says is handsome but still seems kind of skeezy.  Daisy still seems kind of p.o.’ed at Winterbore so she basically ignores him and keeps running around with the Italian dude.  Now everyone is really losing their shit over Daisy cause she walks around town late at night with no escorts, which apparently made you a real slut back then. One night there’s this big party and Daisy shows up late with the Italian dude, even though Daisy’s mom is already at the party and I think we’re supposed to think Daisy and this guy were doing the deed back at the hotel.  But she says they were just practicing some singing, and so Italian guy starts belting out some tunes even though no one asked him to.  The old bat who has the party is really mad, probably because unlike Daisy she isn’t getting any.  At any rate, she says Daisy should just stay the hell away because of her wanton sluttiness.  Then there’s another scene where Winterbore and the Italian dude are both walking with Daisy, because I guess Winterbore has heard all this slut talk by now and figures he still has a decent chance of getting into Daisy’s pants.  I mean, why not? It seems like it was really hard to get laid back then so I guess a guy had to hang around even if there was already another guy there in the off chance the other guy might do something stupid and have to leave.  But then that old lady shows up again and basically yells at Winterbore like he’s a little kid or something and tells him to get the hell away from her because she’s so trampy and such.  And he does it!  Finally, Winterbore catches Daisy and the Italian dude out at night by themselves in the old Roman Coliseum you always see on TV.  Winterbore gets all pissed now at the Italian dude because apparently American girls, even hot ones, can get bit by mosquitoes that have something called “Roman fever” and it can kill them.  And what do you know?  That’s exactly what happens.  Daisy drops dead from this fever. But that’s later. What’s weird is you would think after following this Daisy chick around for hundreds of pages that her death would be some big deal and everyone would come visit her and watch her die, even if she was kind of a slut.  But the book writer just kind of mentions it in passing like, hey, Daisy’s dead, no big deal.

Anyway, I think the book is supposed to make us think whether or not we think Daisy really is whoring it up or if she is actually kind of cool because like this old singer my Mom likes called Cyndy Loopner she's a girl who “just wants to have fun” and doesn’t give a shit what old European fucks think about her awesome Americanness.  Plus you have to remember that it was different times way back then and stuff we think is pretty much okay was really terrible for girls to do—even the smokin’ hot ones.
Email Post
Labels: Books Modernity-ism Normalization That Dude...